Back in June, Apple announced the iMac Pro, the company's first ‘pro' grade all-in-one system. Under the hood, you'll find an Intel Xeon processor, ECC memory and a discrete graphics chip. We've been expecting a December launch since the initial announcement, though Apple has been quiet on that front in recent months. That changed today, with Apple announcing that the iMac Pro would be available starting from the 14th of December.

Previously, the 5K 27-inch iMac sat on top of Apple’s range and while the rest of the iMac line-up have received some upgrades, the iMac Pro is now the pinnacle. The new Pro model comes with its own 27-inch 5K display, up to an 18-core Xeon CPU, up to 128GB of EEC RAM and various GPU options that cap out at 22 teraflops of performance. This is what Apple hopes will tide over ‘Pro’ users until its new Mac Pro system comes out next year. 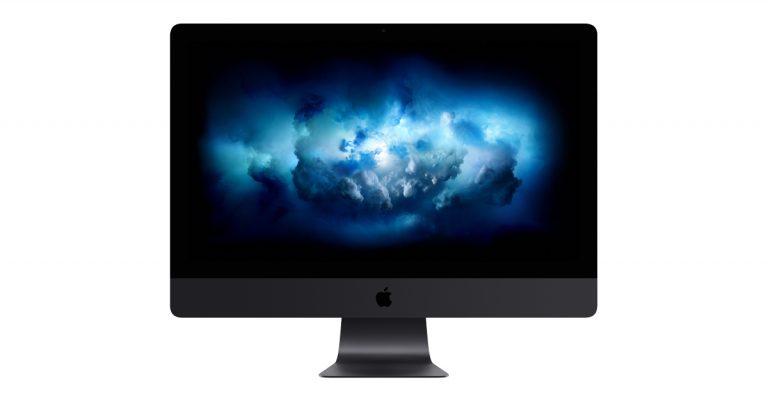 This is workstation-grade hardware packed into a thin all-in-one form, so extra attention needed to be paid to cooling. Apple has an all-new thermal design under the hood that claims to deliver 80 percent additional cooling capacity in the same thin iMac design.

Apple has been relying on AMD GPUs for a few years now and that’s not changing any time soon. The iMac Pro will be carrying a Vega graphics chip, with 16GB of HBM2 memory on board. This GPU offers 11 teraflops of single-precision performance and 22 teraflops of half-precision.

As for connectivity and storage, the iMac Pro comes with up to 4TB of SSD storage and four Thunderbolt 3 ports. Apple is continuing to rely on thunderbolt for expansion with additional hardware and accessories. Using these connectors, users should be able to connect two additional 5K displays to their setup. Finally, there is also a 10Gb Ethernet port for fast networking.

The iMac Pro will begin shipping on the 14th of December this year, with prices starting at a penny under $5000.

KitGuru Says: The iMac Pro is surprisingly powerful for such a thin all-in-one machine so I’d be interested in seeing it in action. I’m sure AMD is pleased about Apple’s decision to go with Vega too. What do you guys think of the iMac Pro?