During WWDC this month, Apple announced its big move to ARM processors inside of Macs, marking the biggest hardware transition for Mac users since the move from PowerPC to Intel in the mid-2000s. This week, developers began receiving their transition kit hardware, featuring the Apple Silicon A12Z SoC.

The Developer Transition Kit is essentially a Mac Mini with an Apple A12Z SoC, 16GB of RAM and a 512GB SSD under the hood. It also ships with betas for macOS Big Sur, the first version of the OS to support ARM-based hardware, and other professional apps, like XCode. 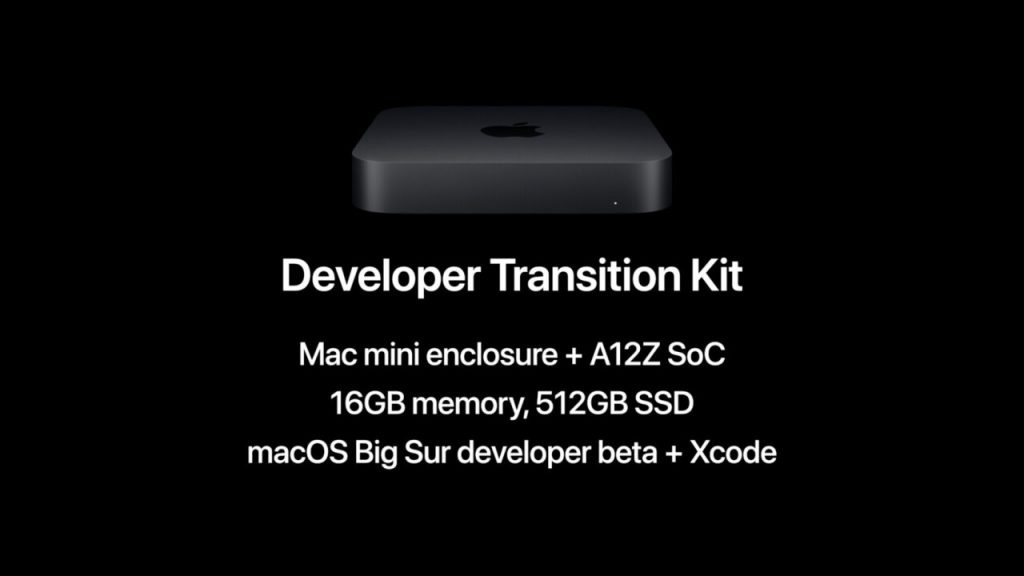 The A12Z is based on the ARM 64 design with four performance cores and four efficiency cores, similar to what you'll find in an iPhone or iPad- GPU cores are also present, as Apple began working with its own graphics technology a couple of years ago.

These kits aren't supposed to be benchmarked due to performance leaks, but it hasn't taken long for the first result to make its way out. The new Developer Transition Kit has reportedly scored a single-core score of 3879 on Geekbench and a multi-core score of 11384, which beats out the 27-inch Intel-based iMac from late 2012.

That's not the most impressive result, but of course, this is early pre-release hardware and beta software, so there is much more work to be done. Apple is currently targeting a two-year transition period before shifting Macs to ARM for good, so improvements will be made over the course of this year and next year.

KitGuru Says: It is going to be very interesting to see what developers think in the months ahead. We're still in early days, but Apple's move to ARM has officially kicked off.