Apple has made the decision to remove the ability to leave App Store reviews on devices running the iOS 9 beta in an effort to protect developers from unreliable criticism from those running unfinished beta software. As you would imagine, not all apps work that well on the yet to be finished version of iOS but that hasn't stopped some from leaving negative reviews.

The main issue is that there isn't really anything a developer can do to fix apps for beta software as they are unable to submit patches until iOS 9 is fully released, meaning any issues that pop up for beta users won't be fixed until Apple officially rolls out the software to all iPhones and iPads. 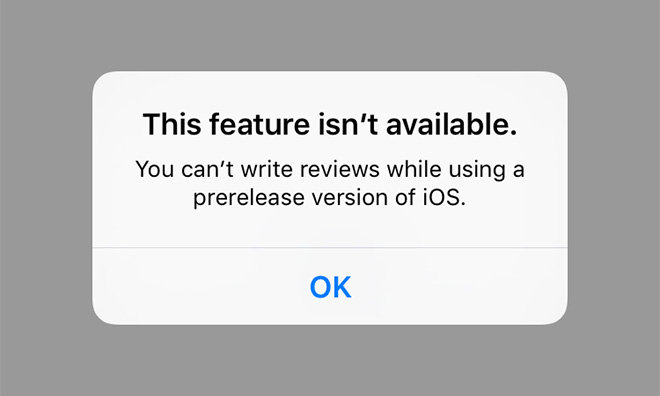 iOS 9 is also the first version of the software to be tested publicly, meaning that just about anyone could load up the unfinished OS and start complaining about glitches and bugs in apps that can't yet be updated for iOS 9.

According to a report from Apple Insider, many developers have seen drops in App Store ratings due to this new public testing system. It seems that this was causing enough of a problem for Apple to do something about it, though for the time being, it is not known if Apple plans to remove reviews from iOS 9 beta users left before the feature was removed.

KitGuru Says: Given that developers are unable to submit patches for issues caught by iOS 9 beta users, stopping them from leaving bad ratings seems like a good idea. After all, iOS 9 beta users should expect some issues given that it is all pre-release software.