We have been hearing about the iPad Pro for what feels like a lifetime in the tech world but it seems like the tablet might finally arrive this year and thanks to a new leak, we potentially know what form factor Apple is shooting for.

We might get our first look at the device at the Apple World Wide Developers Conference in June and thanks to regular leaker, OnLeaks (Via: Trusted Reviews), we know that its going to be pretty large for a tablet, coming in at 223 x 206 x 7.2mm. 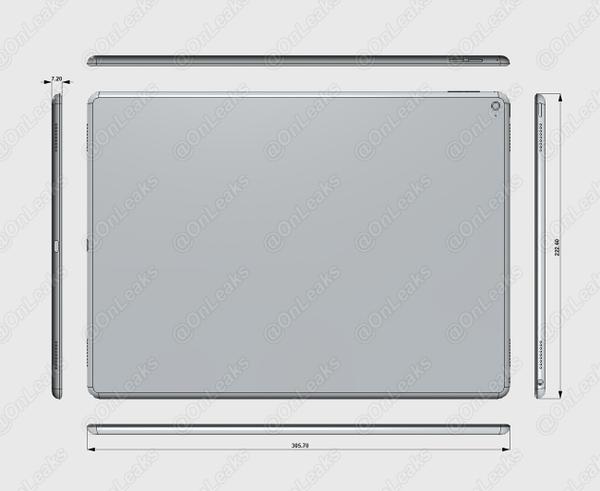 The leaked schematic for the iPad Pro reportedly dates back to December 2014, which means that the product could be pretty far along in its development cycle and almost ready to show off to the world.

Just last week during Apple’s quarterly earnings call, Tim Cook said that he expects iPad growth to return at some point in the future. Maybe we will see sales begin to rise again once the iPad Pro launches.

KitGuru Says: The iPad Pro is going to be quite large, featuring a 12 inch screen. At that point, a business user might be better off with a laptop. It will be interesting to see if the iPad Pro could tempt customers away from the Macbook Air or even the new Macbook.