The iPhone 7 isn't due to be officially revealed until September but as usual, there have been plenty of leaks hitting the web in the build up to that. This week, we got our best look at the iPhone 7's new design so far, showing off the new antenna lines and new camera design.

As we have previously been led to believe, it does look like the iPhone 7 is going to closely resemble the iPhone 6 and 6S, with the same body shape, a protruding camera module at the back and white antenna lines. However, this time around, the antenna lines don't run across the back of the phone, leaving it clean. 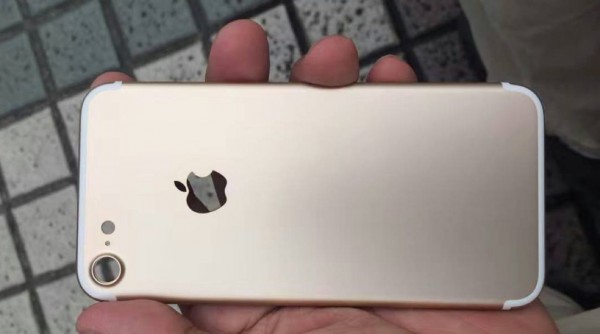 The image was obtained by NowhereElse.fr and as 9to5mac points out, the image shows off the 4.7-inch version of the iPhone 7, with a significantly larger camera module that looks to be around 25 percent wider in diameter compared to the iPhone 6S. The megapixel count may end up staying the same but the larger sensor could capture more light.

Aside from that, other recent rumours have pointed to Apple axing the 16GB iPhone model, hinting that the company may start offering 32GB iPhones as the base option going forward.

KitGuru Says: The iPhone 7 isn't far off from launching so it isn't too surprising that we are starting to see some solid image leaks. The only downside to these images is that they are only really confirming things we have known for months.