For a phone with rather low-end hardware the browser experience is rather amazing. Maybe it’s because the single core Marvell processor has less pixels to compute but performance is smooth.

Scrolling performance is surprisingly quite close to an iOS, Windows Phone 7 or more expensive Android smartphone and can handle large desktop sites with a surprising degree of ease.

The poor resolution screen means that anything but the main banner and large header text is pixelated or completly unreadable. However this is where the browser’s text flow ability comes into effect. It makes any website or article easily readable.

As is commonplace on a smartphone there is tab or “windows” support, although in the case of the xCover it only supports up to four windows at any one time.

Samsung’s browser adds in a useful ability if the website you are browsing has a RSS feed. Clicking the RSS feed icon in the URL bar will allow you to add the feed to your Google Reader account.

Another useful feature is being able to add a bookmark shortcut to your homescreens. This can effectively replace many applications that are effectively a mobile site in an application. Replacing applications with shortcuts will no doubt help out with the limited memory problem the xCover suffers from.

Adobe Flash Player is not installed from the get go but performance is rather sluggish and you’re better off using the official Youtube application or the closest PC for Flash-heavy websites.

Page loading is nowhere near top of the line thanks to the xCovers rather meagre single core Marvell chipset. The low resolution display is going to sit you down in front of a PC sooner than the slower page loading, however.

On a whole page loading was livable but rather poor. I also ran a few tests using Opera Mobile but the different browser made no significant difference to load times.

Samsung also includes a Social Hub application which can be summed up in one word: useless. It looks like something even I could code in roughly 20 minutes.

The screenshot explains most of it, but what it doesn’t show is that it doesn’t even load the official Twitter and Facebook applications. Instead the code running (hopefully away) thinks it is smarter to load mobile versions of the sites in the browser.

Bloatware was few and far between with the only third party applications being a download link to Polaris Office in the Samsung app store and a trial version of Cardio Trainer.Although it would be safe to assume there will be some bloatware on your xCover if you source it from a carrier. 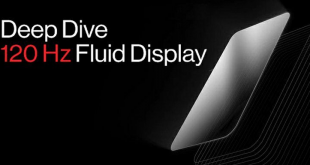