As browser benchmarks are not nearly as influenced by different screen resolutions here we sets of data that is much easier to compare (woohoo!) Here with have the Samsung Galaxy xCover compared against the HTC Incredible S, Huawei MediaPad, HTC 7 Trophy and the HTC Wildfire S. Also included are guest appearances from the xCover’s rivals; the Motorola Defy+ and the Sony Ericsson Xperia Active.

The xCover nearest comparison comes in the form of the HTC 7 Trophy running on Windows Phone 7 Mango. They essentially tied Peacekeeper with the xCover taking small wins in Browsermark and Sunspider.

The more powerful dual-core Motorola Atrix 2 and the Huawei MediaPad tablet stamped their authority in the tests they participated in.

Comparing the xCover to the other tough, IP67 certified phones the xCover again comes in third place. In every test where the xCover faced competition from its rivals it came in last. Reaffirming my belief that the xCover has the weakest hardware out of the IP67 certified Androids; something I already mentioned on the previous page. 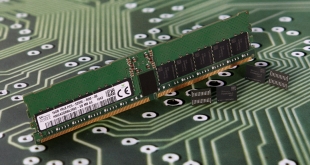 SK hynix will begin production of DDR5 this year

According to an update on its website blog page, SK hynix will start mass production …