Microsoft has just released its new Outlook apps for both iOS and Android devices, and already, it has risen above Gmail and other similar productivity apps in the iOS store. While it has been based on the Acompli app that Microsoft bought at the end of last year, this new re-branded version for both mobile operating systems has had a few changes and further changes will be coming to improve the app in the future for both OS's.

Along with Outlook, Microsoft has also fully launched the Office suite of Word, Excel, PowerPoint and OneNote for Android, giving access to Office on both mobile platforms for free. Windows 10 will also be including totally new universal Office apps that will work across desktops, tablets and phones using the same code on any Windows 10 device. 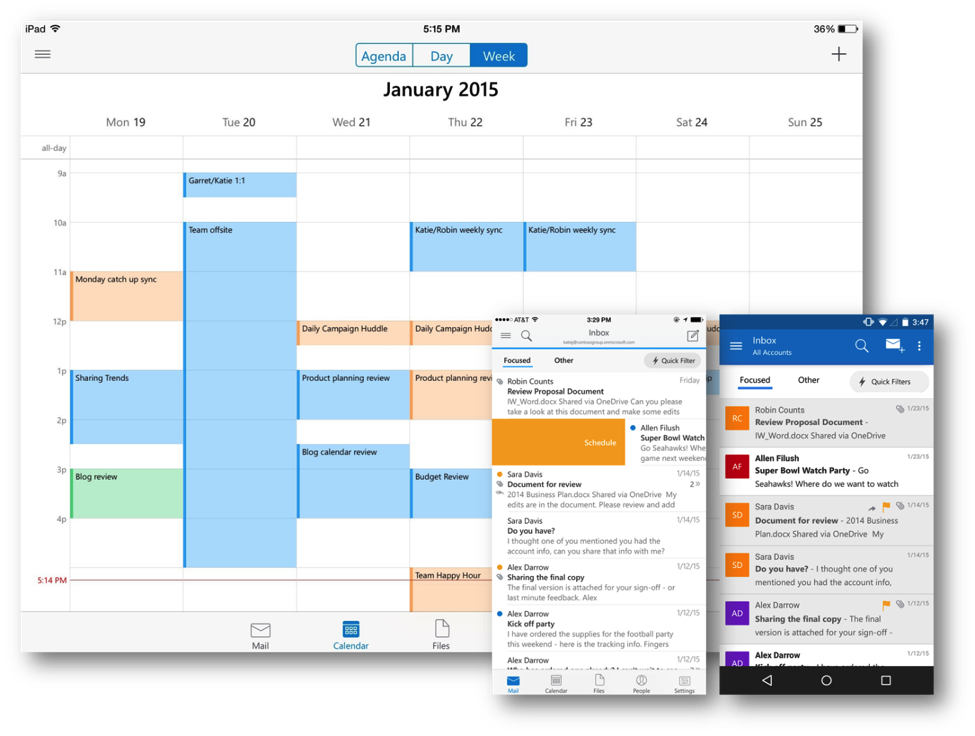 With this increased popularity and the Microsoft name behind it, there has been further scrutiny of the security of the app and unfortunately at least one security expert does seem to have found some issues with the apps. René Winkelmeyer, an IBM developer, said that the apps contain some serious security issues and encourages companies to block the apps in enterprise environments.

The reason for this is that, as stated by Acompli, “messages, calendar events and contacts, along with their associated metadata, may be temporarily stored and indexed securely both in our servers and locally on the app on your device. If your emails have attachments and you request to open them in our app, the service retrieves them from the mail server, securely stores them temporarily on our servers, and delivers them to the app.”

In essence the app that is checking your emails is running on a server in the cloud, then organising and sending your emails on to the app on your phone. This is similar to what any other online email service such as Gmail would do when they scan your email, to serve you adverts relevant to the email content and categorise the email. The Outlook app does not serve adverts in this way, but this may still be an issue for companies and individuals who do not want their emails scanned  and indexed by Microsoft.

KitGuru Says: I'm glad to see that iOS and Android users now have access to an Outlook app that provides full Outlook functionality. The security issues raised by Rene may be an issue for some companies but this shouldn't worry most users and it is also clearly stated in the terms and conditions. No doubt that before Acompli was bought by Microsoft nobody cared how this worked. Anyone downloading this to give it a go?