Hot on the heels of its Helio G85 announcement, MediaTek has introduced the Dimensity 1000+ SoC with support for 5G and 144Hz displays. The chip is designed to offer powerful performance as well as “best-in-class power efficiency”. 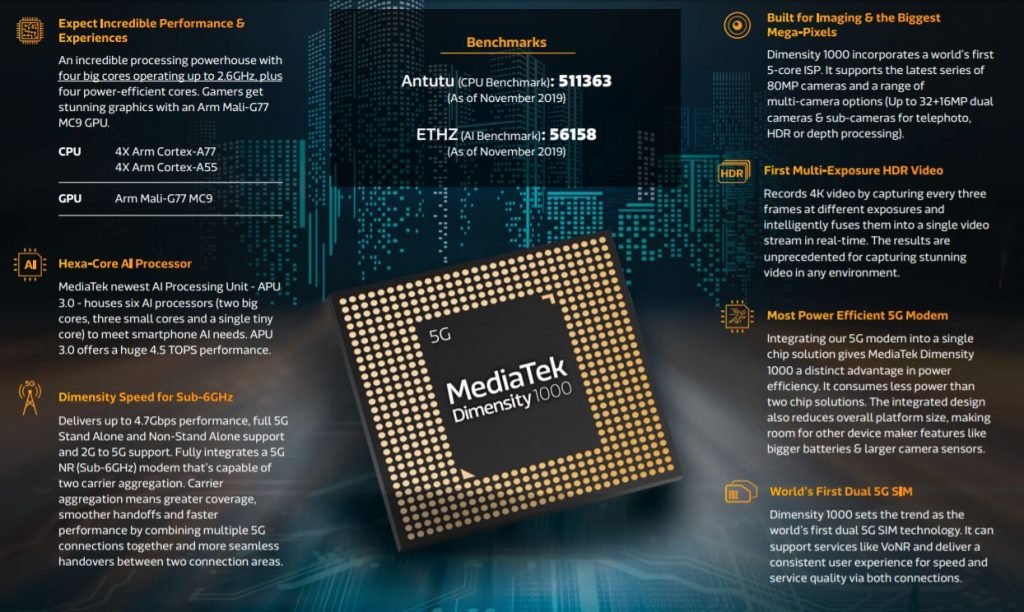 The Dimensity 1000+ also comes with MiraVision Video Playback Enhancements which means that the chip adjusts contrast, sharpness and colour levels on a per-frame basis, to enhance the picture quality of 4K videos and streams in real time. It also supports a camera sensor size of up to 80 MP.

KitGuru says: What do you think of the MediaTek Dimensity 1000+? Do you think it will be able to challenge Apple and Qualcomm's chips?