We’ve known for quite some time that Motorola is set to enter the foldable smartphone market, taking a radically different approach than competition. Purported images of the revived Razr brand have begun leaking online, giving us our first potential look at a finalised design.

Samsung, Huawei and Royole have all been candid about their foldable efforts, blending two-in-one functionality so that users can access both a tablet and a smartphone from a single device. Motorola has instead kept quiet, toying with the concept of folding a traditional smartphone in half. Theoretically, this will offer both built-in protection and the ability to fit into pockets without much hassle, but could come with the same crease seen on rivals.

Images have now appeared on Chinese social media site Weibo thanks to Slashleaks, bringing February’s patents to life. Unfortunately, Motorola has yet to confirm anything about the reported device beyond its lengthy development period. 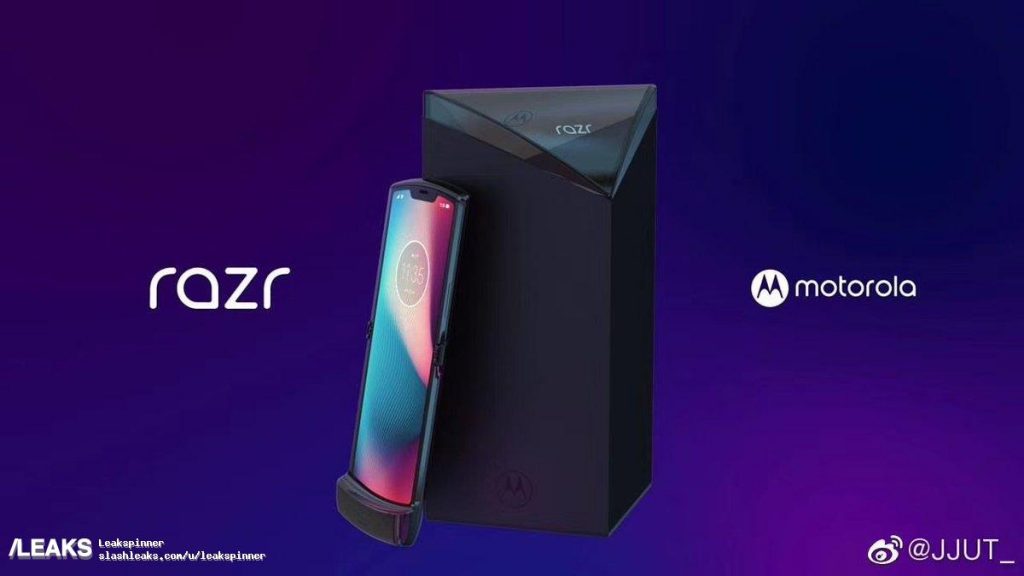 In retrospect, VP of Global Product Dan Dery’s claims that Motorola is currently experimenting with a “plastic film on top” or the OLED display is concerning. Although this is intended to add an extra layer of protection to increase longevity, this seems awfully reminiscent of problems seen with Samsung’s Galaxy Fold, should users mistakenly remove it.

Since Samsung has delayed the launch of its handset, now is the prime time for competition to pounce on the foldable market. It isn’t certain when Motorola’s device will be ready to drop, but Dery has revealed that the company has “no intention of coming later than everybody else.” At a reported price of $1,500, it remains to be seen whether consumers find it good value.

KitGuru Says: The idea certainly interests me, especially when the Razr brand has always served me well in the past. Still, I struggle to get past the idea of an unnecessary crease in the middle of the screen. Are you looking forward to the foldable Moto Razr?