Over the last few years, there has been plenty of talk surrounding Samsung and LG releasing their own foldable smartphone/tablet hybrid devices. We were all expecting Samsung to be the first to release such a device but it looks like a dark horse has entered the arena and beat them to it, with Royole showing off the ‘world's first' flexible smartphone this week.

Royole is a little-known display maker that has clearly been paying close attention to this area of technology over the last few years. At an event in Beijing this week, the company showed off the ‘FlexPai', a smartphone/tablet hybrid that users can physically fold in half to switch between the two modes. 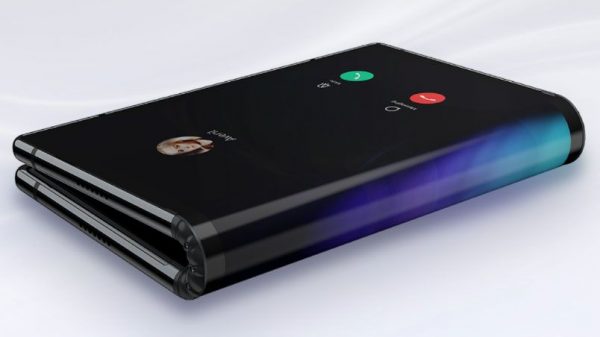 In tablet mode, the device's screen measures in at 7.8-inches and in smartphone mode, it cuts down to 4-inches. The FlexPai does look quite hefty and the software handling the changes doesn't appear to offer the smoothest experience. Still, this is an interesting first look at where this technology could go.

Under the hood, the FlexPai houses a Qualcomm Snapdragon 8150 SoC with 6GB or 8GB of RAM depending on the version, The battery measures in at 3,800mAh and the dual camera setup comprises of a 20MP and 16MP sensor.

It seems unlikely that we'll see the Royole FlexPai make its way to the west, it will also be quite expensive to pick up. In China, the device will cost between 8,999 Yuan and 12,999 Yuan depending on how much storage you need. Here in the UK, that works out to just over £1,000 for the base model and up to almost £1,500 for the top-end.

Royole may be the first to unveil its flexible smart device, but Samsung is also expected to show off its own either this year or in early 2019. Notorious smartphone leaker, Evan Blass, has also tweeted recently that LG is set to make its foldable phone debut at CES in 2019.

KitGuru Says: As a concept, this idea seems really cool, although I don't see phone makers ironing out all of the design kinks for a few more years. In the future where designs are thinner and everything runs smoothly, would you consider picking up a foldable device like this?