At least one iPhone 8 is a curvy little number, industry sources claim

A recent report on Nikkei Asian Review has exposed a Samsung deal with Apple to provide the iPhone-maker with OLED panels from here to kingdom come – 70 million of them. Samsung, say experts, has capacity to squeeze out up to 95 million OLED panels for Apple, in case demand for the iPhone 8 skyrockets.

This info has come on the coat-tails of news that Samsung is throwing $8.9 billion at expanding its OLED manufacturing capacity. OLED, the much-hyped display technology under Samsung’s thumb, is more flexible and presents better viewing angles than your run-of-the-mill LED-backlit LCD display. However, OLED missed the last iteration of iPhone on what pundits believe to be the technology’s relative immaturity. Now, it seems, it’s ready for prime time. 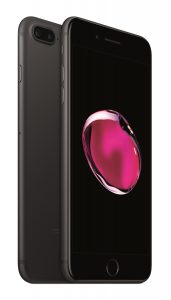 Apple expects to sell iPhone 8 by the literal millions and is said to be celebrating the smartphone’s 10th anniversary with the release of three models of the notoriously popular device: 4.7-, 5.2- and 5.5-inches. While the smaller 4.7-inch and the “Plus”-size 5.5-incher will sport completely flat displays, Nikkei claims the 5.2-inch version will be a premium bendy-phone with a slightly curved OLED screen and a price-tag in excess of $1,000.

Quoting a supply chain source, the report also suggests that all versions of the iPhone will be good for a quick dive in shallow water and will finally support wireless charging. Money is on the Qi charging standard, as Apple joined the ranks of the Wireless Power Consortium. On the other hand, Apple is still working on overheating issues from the inductive charging, says the report. Or it could just be taking extra safety precautions to guarantee its devices remain non-explosive.

The expected delivery of the components puts the iPhone 8 models on time for launch shortly after Summer, which matches Apple’s usual mid-September-to-early-October launch season.

KitGuru Says: What iPhone 7 failed to deliver in terms of innovation seems to have been piled-up for the iPhone 8. With local Chinese brands taking over the iPhone’s top spot in the world’s biggest market, and Samsung giving Apple a run for its money globally, the company needs to pull a massive win here.

Previous DDR5 memory will provide twice the density and bandwidth of DDR4
Next Amazon introduces Amazon Cash top-ups in the US, no need for bank cards