Kingston has announced a refresh of its Canvas series SD and microSD cards along with new MobileLite Plus card readers today. The new Canvas Plus SD series includes Kingston’s first UHS-II card while MobileLite Plus UHS-II readers have been engineered to support these new high-speed cards.

The new Canvas Plus SD card series from Kingston includes several variations of both SD and microSD cards including Select Plus, Go! Plus and React Plus. The Canvas Select Plus series was launched at the end of 2019 and has now been joined by the Go! Plus and React Plus variants, with increased performance for Digital SLR cameras, Android devices, action cams and drones.

As well as supporting the latest 4K/8K cameras, the new series of SD cards are also backwards compatible with UHS-I and conventional SD bus standards. The new MobileLite Plus SD card readers will be made available as a bundle with React Plus SD/microSD cards or to purchase separately on their own. 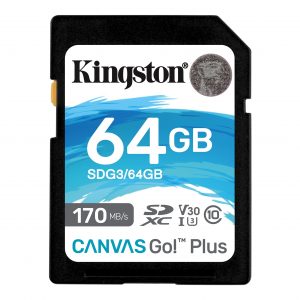 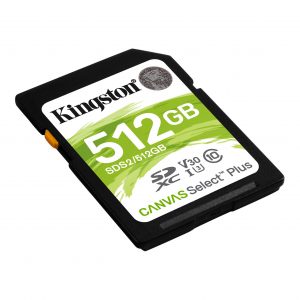 Canvas Select Plus and Go! Plus are available in both SD and microSD form factor with capacities up to 512 GB available, featuring Class 10 UHS-I speeds up to 100/170 MB/s read (Select plus/Go! Plus) and 90 MB/s (Go! Plus) write speed. Canvas Select Plus microSD cards are rated with A1 app performance class while the Go! Plus microSD is A2 app performance class rated.

Kingston’s Canvas React Plus series is also available in SD and microSD format with a maximum capacity of 256 GB available. React Plus features top of the line UHS-II performance with Class 10 UHS-II speeds of up to 300 MB/s read, 260 MB/s write (SD) and 285 MB/s read, 165 MB/s write (microSD). The React Plus microSD card series also support the A1 app performance class. 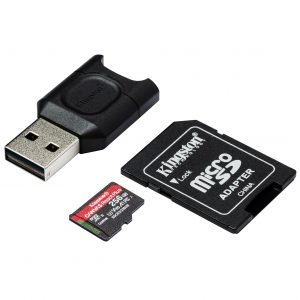 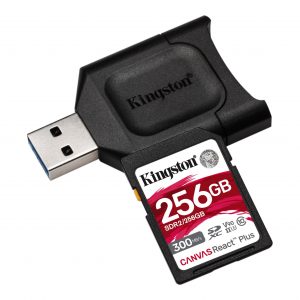 New Mobile Lite Plus SD card readers from Kingston are designed to increase workflow efficiency by supporting the increased speed of UHS-II file transfer via a USB 3.2 Gen 1 interface with backwards compatibility for UHS-I cards.

KitGuru says: Kingston’s new line of Canvas Plus SD and microSD cards offer improved performance to meet the demands of modern photo and video production users. What do you guys think of this new SD card series from Kingston?

Previous Pokémon Mystery Dungeon debuts at No.1 in the UK
Next The Valve Index is going to be back in stock today