The new LPDDR5 memory from Samsung combines the inherent technology of LPDDR5 and UFS 3.1 NAND storage to reach new heights of performance, capacity and efficiency. According to Young-soo Sohn, VP of the memory product planning team at Samsung Electronics, as 5G-compatible devices start to become more common, Samsung's new LPDDR5 memory will help to “accelerate the market transition to 5G and beyond”. 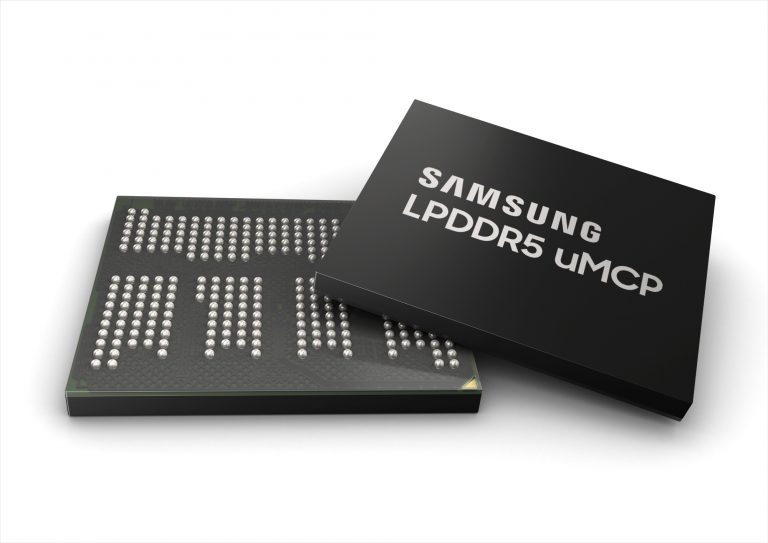 Tasks such as advanced photography, graphics-intensive gaming and AR will become more accessible with LPDDR5 uMCP memory. Bringing a 50% improvement over its predecessors (LPDDR4X UFS 2.2 memory), the new LPDDR5 memory bumps DRAM performance from 17GB/s to 25GB/s and NAND performance from 1.5GB/s to 3GB/s.

The LPDDR5 uMCP memory package is also smaller than older generations, measuring 11.5x13mm. DRAM capacities of these modules range from 6GB to 12GB, while storage capacities go from 128GB up to 512GB.

Compatibility testing for this new memory was conducted alongside multiple phone manufacturers and has already been completed. The first devices powered by this memory should come out later this month.

KitGuru says: If you plan to buy a flagship smartphone in the coming months, there's a good chance it will be equipped with these new LPDDR5 chips.