Evidently the lawyers for Candy Crush Saga developer King, have been a bit bored lately, as they’ve been allowed to get a bit trigger happy with their trademark infringement claims. First they went after Stoic Games, simply because its latest game, Banner Saga, had the word “saga” in it and they’ve previously managed to secure a trademark for the word “Candy.” However King isn’t done there, as it’s now trying to use a trademark for a 2004 game it recently bought, to target a game that was made before Candy Crush Saga.

It’s all a bit complicated, but essentially breaks down to King trying to assert trademark dominance over the word Candy, with the proviso that its game, Candy Crush Saga, is one of the earliest and therefore definitive games about “candy,” but that came unstuck when another developer, which produced a game called Candy Swipe in 2007, tried to suggest that its game, was in-fact at risk of being infringed by Candy Crush Saga. 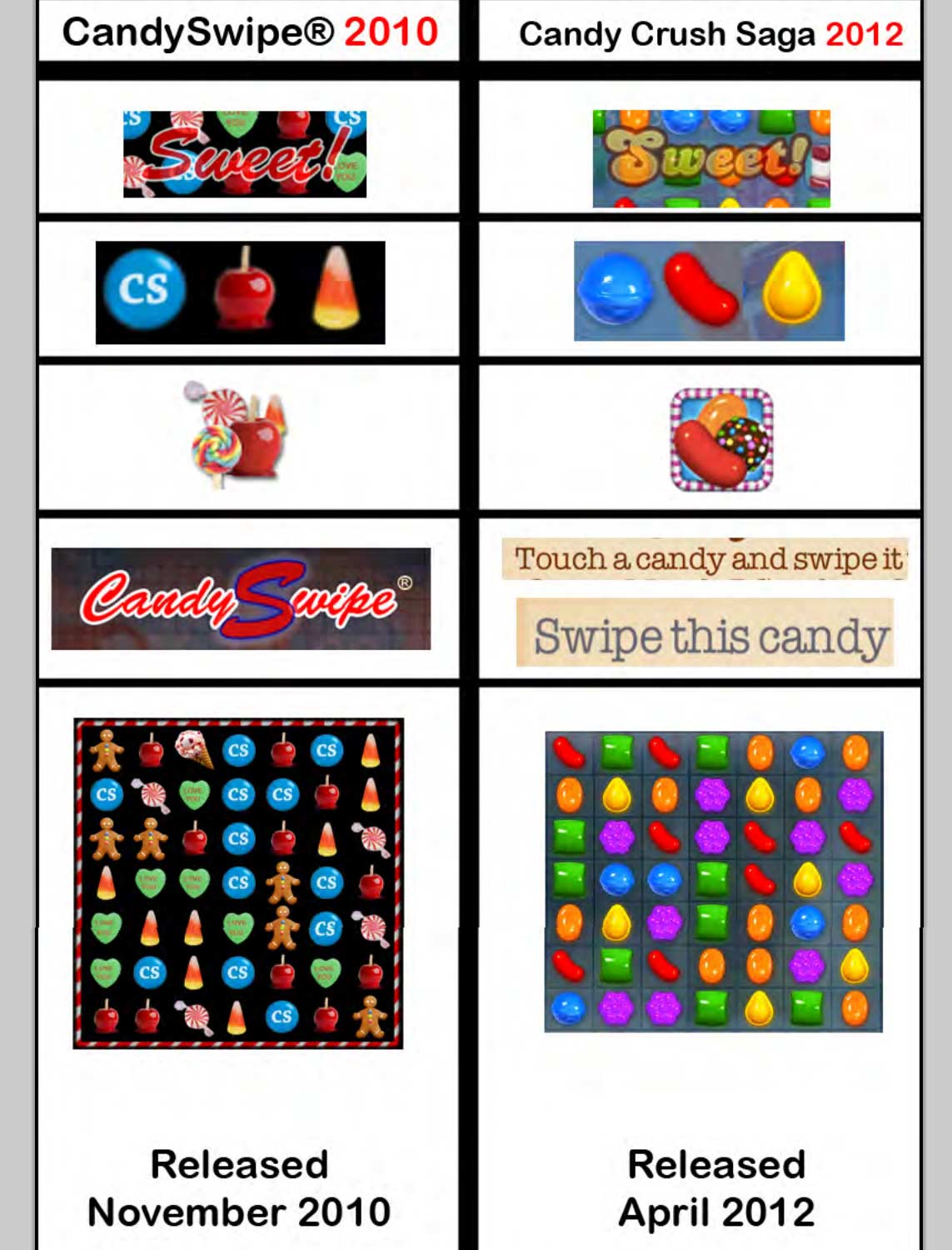 He may have a point there

This is a case that’s been in the courts since 2010, but most recently King was able to win the it, just by buying an older game with the word Candy in the title. Therefore it owns rights that predate those of the Candy Swipe developer, Runsome apps. This bullying move – that was only possible because of King’s financial resources – led the founder, Albert Ransom, to release an open letter to King, telling of how he feels like not only was he ripped off with the creation of Candy Crush Saga, but that he could now lose everything he’s made with the game, since his trademark is now potentially invalid.

“So when you attempted to register your trademark in 2012, I opposed it for “likelihood of confusion” (which is within my legal right) given I filed for my registered trademark back in 2010 (two years before Candy Crush Saga existed). Now, after quietly battling this trademark opposition for a year, I have learned that you now want to cancel my CandySwipe trademark so that I don’t have the right to use my own game’s name. You are able to do this because only within the last month you purchased the rights to a game named Candy Crusher (which is nothing like CandySwipe or even Candy Crush Saga).”

KitGuru Says: A pretty sad case and an obvious exploitation of the trademark system. Something needs to change at the legislative level, as we’ve seen companies not only make it difficult for independent developers to protect their work, but also companies like Apple and Samsung that are able to make big portions of their revenue through the trademark courts.