HP releases a slew of tablets for businesses and schools

In one massive press release today, HP announced eight new tablet devices running Windows and Android. These are all commercial tablets with some designed for healthcare, rugged environments and schools. With prices ranging from as little as $279 up to over $1,599 this is certainly a large boost to HP's current tablet range.

Starting off with two Android tablets, the HP Pro Slate 8 and HP Pro Slate 12, these are both powered by Qualcomm Snapdragon 800 processors, come with HP's new high-fidelity HP Duet Pen and start at $449 and  $569 respectively. The Pro Slate 8 also has a screen made from Gorilla Glass 4, making it one of the first devices to market with Corning's latest toughened glass. 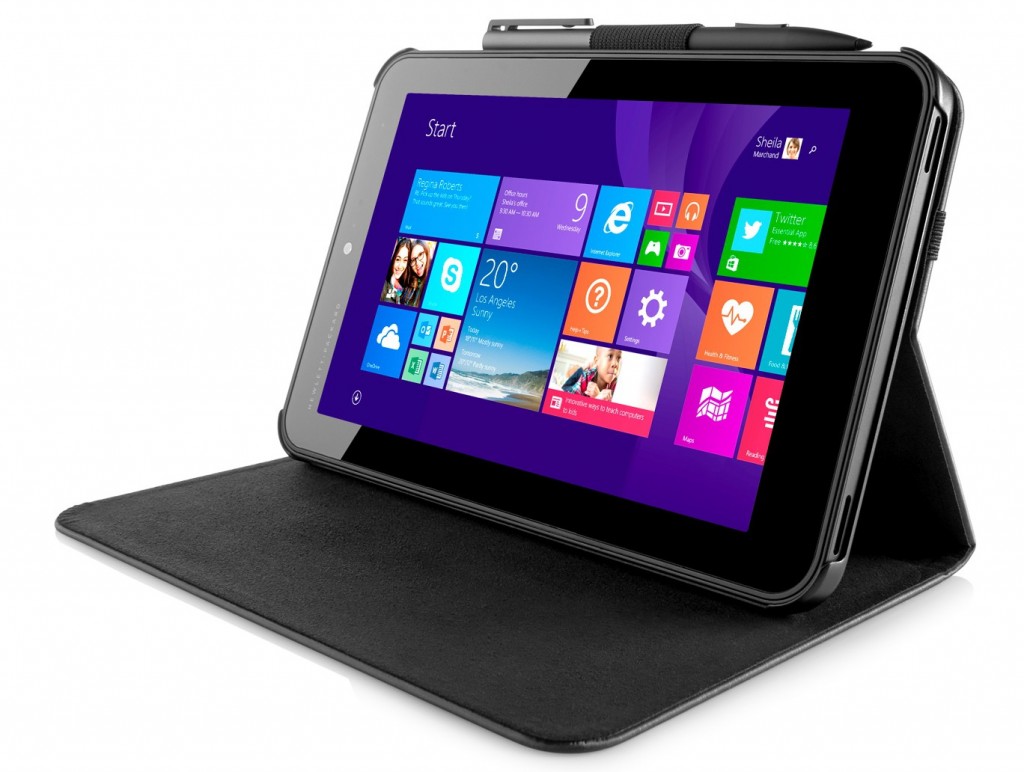 On the windows side we have the HP Pro Tablet 408 G1, which seems lot like the consumer HP Stream 7 but with some slight improvements. The 8-inch tablet is running Windows 8.1 on an Intel Atom Z3736F with 2GB of DDR3 memory and 32GB or 64GB of eMMC storage. While no powerhouse, it does have USB, Micro HDMI, 802.11a/b/g/n WiFi, Bluetooth 4.0 and GPS making it a well featured little tablet and starting from only $299.

Moving up in power we have the HP Elite x2 1011 G1 which is a convertible tablet with a detachable keyboard which houses a second battery. Running a range of 5th Gen Intel Core M processors, 8 GB 1600 MHz DDR3 and starting out from a 128 GB M.2 SSD this is looking like quite a capable machine. The screen is an IPS LED-backlit touchscreen with Wacom stylus integration and can be configured with either HD of full HD options. Interestingly there is also an option to include Qualcomm's Gobi 4G Mobile Broadband to get work done on the go.

Next up, the HP ElitePad 1000 G2 which comes in two flavors, Healthcare or Rugged. These two are definitely the more specialised of the bunch, with starting prices from $1,499 and $1,599 respectively. Both run Windows 8.1 and feature Trusted Platform Module (TPM) chips, full disk encryption and FIPS 201 certification. Both also feature antimicrobial treatment and are easy to clean while not short of power with Intel's Atom Z3795, 4GB of DDR3 memory and 128GB of eMMC storage.

Finally the HP Pro Slate 10 EE and the HP Pro Tablet 10 EE, are bound for the education market, with both powered by Intel's Atom Z3735G, 1GB or 2GB of DDR3 memory and starting at 32 GB eMMC storage. The main difference between these two is that the Slate is running Android whereas the Tablet is running Windows.

Starting prices are below and full specifications and photos are available on the PDF links above.

KitGuru Says: That is a lot of new tablets from HP, but as they are all aimed at different sectors and tailored to each, maybe having this many new tablets isn't a bad thing. Also as far as business and education tablets go a lot of these are very cheap so there could be a good market here for HP.