Microsoft’s upcoming Surface Pro LTE has made many appearances, being teased, leaked and rumoured for months. The company has now confirmed that the fifth iteration will surface (pun intended) in December.

The Surface Pro LTE was first teased back in May during Microsoft’s event in Shanghai. Little was said about the device in any official capacity since, with the other numberless devices that were announced alongside it seeing release in June.

Thankfully, the rumoured December release date is true, with Microsoft using its Future Decoded event on Tuesday to announce the impending launch of its Surface Pro LTE. It’s possible that its initial release will be slightly staggered with stock, given that corporate VP Panos Panay revealed the company’s preliminary target is businesses. 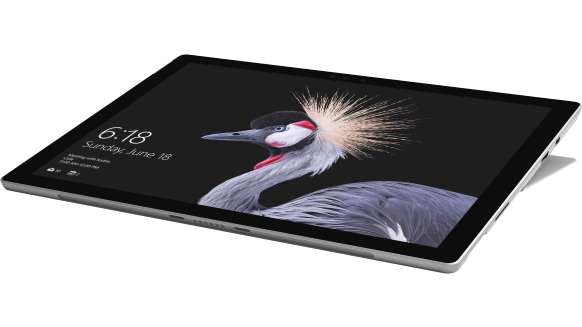 The Surface Pro LTE will house an Intel Core i5 CPU, paired with a Cat 9 modem and 20 LTE bands for maximum cellular coverage when travelling internationally. Of course, there will be two models available at launch, one featuring 4GB of memory and 128GB of storage and the other doubling those figures for a configuration of 8GB of RAM and 256GB of storage.

Panay has revealed that the US pricing will be $1,149 and $1,449 respectively, although international pricing has yet to be revealed. He also didn’t clarify when in December that the device would launch, but previous rumours indicate a December 1st release, while general consumers might have to wait a little longer.

KitGuru Says: It’s nice to finally see the 2-in-1 get some attention given the radio silence for months. Hopefully it won’t follow in the same steps as its predecessor for repairability. Would you make use of an LTE powered Surface device?