With the discontinuation of the Shield Tablet last year and Shield Portable seemingly no longer on sale, Nvidia looked to have given up its portable gaming efforts. This could change in the near future, as code within the Shield Experience software suggests that Nvidia could be planning to re-enter the market with a 2-in-1 device.

Nvidia hasn’t released a new iteration of its tablet in five years, leaving its operating system stuck on Android 7.0 Nougat. Instead, focus has shifted to the Shield TV, which has been provided with frequent updates. Within the latest patch, XDA Developers found mention of a device codenamed ‘Mystique’, supposedly a new 2-in-1 tablet that Nvidia has in development.

It isn’t certain where in development this might be beyond a simple concept, but accompanying details suggest that it will be powered by Nvidia’s Xavier processor. This chip is built to be versatile, optimised for video performance but simultaneously used for autonomous machines. 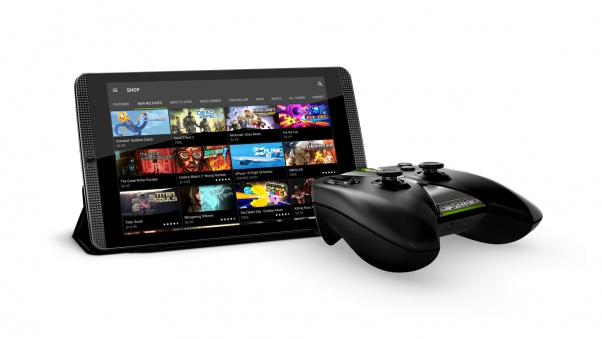 As expected, a line of code refers to software called “NvDtExp,” which stands for NVIDIA Desktop Experience. Alongside the reported Desktop mode, Mystique is said to feature a Tablet interface and a third Dynamic mode that presumably sits somewhere between the two.

Last year, Nvidia stated that it had no plans to reinvest in the tablet market after the lukewarm reception to its previous devices, but remained open to the concept if it could provide something new to customers. The aforementioned lines of code clearly aren’t meant for the Shield TV, Nvidia’s only device on the market, meaning something new could very well be on the way.

KitGuru Says: It’s entirely possible that Nvidia could be observing the success of the Nintendo Switch, in which its own custom Tegra CPU resides. While speculation is futile given that nothing has been officially unveiled, the idea of a tablet that can be both docked for connection to an external display or connected to a keyboard when travelling is quite appealing. Would you invest in a new Nvidia tablet if it brought something new to the table?