Yesterday, when AMD announced its new Radeon RX 5500 series, we heard that the MSI Alpha 15 would be the first machine to launch sporting the RX 5500M graphics chip. Now, we have more details on the laptop itself, and it's an all-AMD machine targeting 1080p gamers.

The main feature of the laptop is undoubtedly the RX 5500M graphics which we heard about yesterday. Built on the same RDNA/Navi architecture as the RX 5700 and RX 5700 XT, this chip sports 1408 Stream Processors, 4GB GDDR6 VRAM and is clocked up to 1645MHz.

That's not all, though, as the processor is also from AMD, in the form of the Ryzen 7 3750H. This is a quad-core chip, with simultaneous multi-threading (SMT), which can clock as high as 4GHz. We've previously used this CPU in another laptop and it is roughly equivalent to the Intel i3-8300H or oder i7-7700HQ, so it should provide ample horsepower for 1080p gaming. 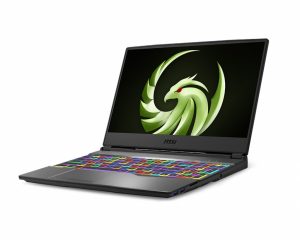 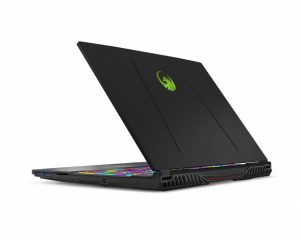 According to MSI, this combination of hardware – with 8 or 16GB of DDR4 2666MHz depending on the configuration – is enough to net you 165FPS in CS:GO, 105FPS in League of Legends, and 70FPS in Battlefield V. MSI didn't disclose what image quality settings were used to get those numbers, but it is clear this is a machine aimed squarely at 1080p esports titles.

To back this up, there is also a choice of high refresh-rate 15.6inch 1080p panels with the Alpha 15. Both support FreeSync for a tear-free gaming experience, and you can choose between a 144Hz/3ms panel with 100% SRGB coverage, or a 120Hz panel for which MSI did not disclose colour gamut coverage.

According to Windows Central, we can expect availability this month, with the 8GB RAM model priced at $999, or you can pay $1099 for the 16GB RAM model.  We've reached out to MSI UK for UK pricing and availability and will update this article if we hear back. Update 9/10/19: We contacted MSI UK and were told the Alpha 15 is currently awaiting a UK launch date. No further information was given.

KitGuru says: the MSI Alpha 15 looks like a solid laptop for the money. Of course, we're still not sure just how well the RX 5500M will perform, but would you be interested in the Alpha 15 if you want to game on the go?