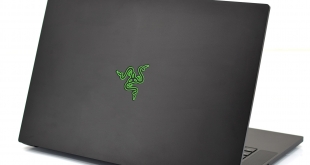 Since Intel launched its 8th Gen mobile processors back in April, we have seen a whole host of laptops sporting the hexa-core i7-8750H CPU. Rather than just refreshing its existing 14in Blade laptop, however, Razer used the opportunity to launch something entirely new – the Blade 15. Not only does this mark the first time Razer has released a 15.6in laptop, but it also marks a significant shift in design for the Blade family, with much thinner bezels and an overall squarer look.

Note: if the above gallery is not displaying properly, you may need to disable your ad block software as it can interfere with our display code. 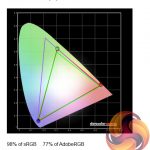 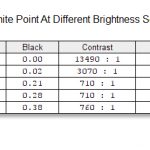 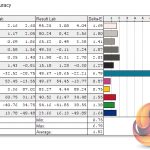 Starting with that new design, the first thing to note is that – as the name suggests – the Blade 15 sports a 15.6in, 1920×1080 display. This uses an IPS panel and boasts a refresh-rate of 144Hz to give you that silky gaming experience. The Blade 15 doesn't support Nvidia G-Sync, however, as laptops cannot support both G-Sync and Nvidia's Optimus battery-saving technology – Razer clearly deemed the latter to be more important.

In terms of its overall quality, the panel boasts 98% sRGB coverage and 77% Adobe RGB coverage. Screen brightness peaks at 287 nits which is respectable, while the average Delta E of 1.92 is again a solid result for a gaming laptop. Subjectively speaking, it is an impressive gaming display and the 144Hz refresh rate obviously helps tremendously to immerse you in the gameplay. It is worth noting there is a 4K60Hz model available which Razer claims has 100% Adobe RGB coverage, but we have only tested this 1080p/144Hz Blade 15.

The bezels around said display have been reduced to an absolute minimum, too. Compared to the last 14in Blade we saw, which had rather chunky bezels, the Blade 15 looks so much cleaner and more modern. Razer claims the bezel measures just 4.9mm, although that is just for the side bezels – my measurements put the top bezel at approximately 9mm, while the bottom bezel is around 2cm.

Still, those thin bezels not only look great and keep the Blade 15 in-line with its competitors, but they also reduce the overall footprint of the machine. This means the dimensions of the Blade 15 are 355mm (W) x 235mm (D) x 17.3mm, making it the smallest 15.6in gaming laptop on the market. The MSI GS65, for instance, measures 357.7mm x 247.7mm x 17.7mm. I also think the squarer design of the Blade 15 looks more professional than the previously curved corners of the 14in Blade.

Razer has also followed the trend towards big trackpads, and I must say the tracking experience with the Blade 15 is lovely. It's a Windows Precision trackpad, with a glass surface, and it just feels so smooth and effortless to move about. I also had no issues with multi-finger gestures, and the clicks are nice and responsive, although there is only a very quiet audible click.

As for internal specs, we find the hexa-core i7-8750H chip with a 45W TDP, although this processor is not overclockable. Alongside that there is 16GB of dual-channel 2666MHz DDR4 memory, and graphical grunt comes from the GTX 1070 Max-Q. As a quick reminder, Max-Q graphics chips are essentially underclocked versions of the ‘full-fat' models – the GTX 1070 here has a base clock of 1215MHz, whereas the GTX 1070 in the MSI GE73 is clocked at 1480MHz.

Razer has changed things up in the cooling department. Instead of using a few cooper heatpipes to dissipate the heat generated by both CPU and GPU, the Blade 15 instead uses a vapour chamber cooling solution. Instead of using heatpipes, de-ionised water is contained within a copper chamber which turns into vapour as it heats up. This vapour transfers the heat away from the central components via two heat exchangers, each of which have 68 0.1mm fins. The two fans, with 44 blades each, then disperse the heat via airflow. Overall it is certainly something we don't usually see in a laptop, but we will get to thermal performance later in the review.

The last thing to note is the 256GB Samsung PM961 NVMe SSD. We know this SSD is essentially the OEM version of Samsung's hugely popular 960 Evo, but I do find it a big shame that it is the only drive in the laptop – there is no 1TB HDD for your games and media, for instance. Given this model of the Blade 15 (available in a total of 4 different configurations) costs £2149.99, a single 256GB SSD is a very tough pill to swallow. There isn't even a spare M.2 slot or 2.5in drive bay, so your only option is to swap out the included PM961 to fit something bigger. You can buy a 512GB model of this laptop for £2329.99, but every other gaming laptop I've tested this year still gives at least 1x spare M.2 or 1x unoccupied drive bay.