We already got a look at new gaming laptops from ASUS and its ROG sub-brand earlier in the week, but the company has also announced new additions to the TUF Gaming, Zenbook, Expertbook, Chromebook, and VivoBook laptop series, as well as a new laptop aimed at those learning from home.

According to Samson Hu, co-CEO of ASUS, this new laptop lineup continues the company's legacy of “elevating productivity and entertainment to new heights”. Featuring Intel 11th Gen Core processors with and without vPro support, the new ASUS laptops are certified as Intel Evo platforms, which according to Chris Walker, corporate vice president of mobile computing platforms at Intel, offers “uncompromising performance, connectivity, and foundations for innovation powering the latest PC experiences”. 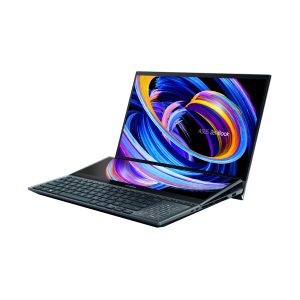 The Zenbook series will receive a new dual-screen laptop, featuring up to the latest generation Intel Core-i9 processor and Nvidia RTX 3070 laptop GPU to power the 15-inch 4K OLED HDR screen, complemented by a secondary full-width 4K ScreenPad Plus touchscreen. Certified as an Nvidia Studio Laptop and equipped with up to 32GB of RAM, and up to a 1TB PCIe 3.0 SSD, the Zenbook Pro Duo 15 OLED will feature a wide variety of I/O ports, including 2x Thunderbolt 3 USB-C ports, and WiFi 6 connectivity.

There will also be a new, smaller dual-screen Zenbook laptop added to the series. Despite its 16.9mm profile, the ZenBook Duo 14 uses a FullHD NanoEdge display as the main screen and features Intel's 11th generation of mobile processors with Xe graphics, with the option to add an Nvidia MX450 GPU. The 17-hour battery life combined with its comprehensive I/O connectivity makes ASUS claim that the Zenbook Duo 14 a perfect travel companion for demanding users.

Besides these two models, ASUS is also working on a ZenBook 13 OLED powered by Intel or AMD latest processors, a new ZenBook Flip 15 featuring 11th Gen core H series CPUs and Nvidia GTX 1650, and the new ZenBook 14 which combine up to an AMD Ryzen 7 5800H with an Nvidia MX450. 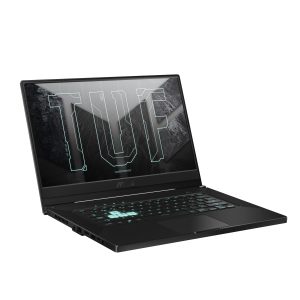 The other ASUS gaming series of laptops will be expanded with the new 15-inch TUF Dash F15 laptop, featuring up to an 11th Gen Intel Core-i7 processor and a GeForce RTX 3070 laptop GPU. The 240Hz refresh rate panel has a 3ms response time, offering “gamers the same edge as esports athletes”. To feed all of this, ASUS equipped the Dash F15 laptop with USB-C charging, with the battery rated for up to 16.6 hours of continuous video playback. Despite its slim design, the Dash F15 uses a powerful cooling system capable of effectively dissipate the heat from its powerful components. Composed of a heat spreader, 5x heat pipes, and 2x 83-blade fans. 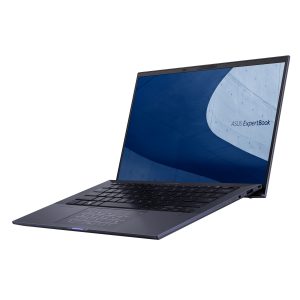 The ExpertBook B9 is the “world’s lightest 14-inch business laptop”, weighing about 880/1005g, depending on the battery used. Equipped with the 11th generation of Intel Core-i7 processors with built-in Intel Iris Xe graphics, and up to 2x 2TB SSDs in with RAID 0 and RAID 1 support. For enhanced physical and virtual security, these laptops meet the industry-leading MIL-STD 810H U.S. military test standard and feature a Kensington NanoSaver lock and Trusted Platform Module (TPM) 2.0 chip to store password and encryption keys. 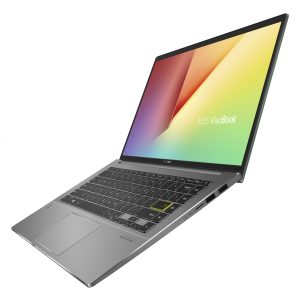 The new VivoBook S14 comes with an ultralight and stylish casing, the latest Intel 11th Gen Core processors (up to an i7), up to 16GB of RAM, and up to 1TB of PCIe SSD storage. Optionally, users can also choose Intel Optane Memory H10 to further enhance performance. With a sleek 15.9mm profile and 1.3Kg, the ultraportable S14 features a NanoEdge display, WiFi 6 support, and a vast set of connectivity ports, including Thunderbolt 4 USB-C interfaces, USB-A 3.2 Gen1 interfaces, and a microSD card reader. 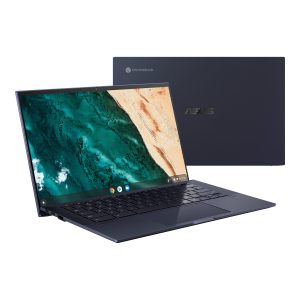 The Chromebook CX9 will be powered by Intel 11th Gen Core-i7 with Xe graphics. Designed to offer a “take-anywhere mobility”, this laptop features a lightweight chassis (weighing 1Kg) with a 16mm profile, WiFi 6 support, and a 14-inch NanoEdge FullHD display. Just like the ExpertBook B9, the CX9 also meets the MIL-STD 810H U.S. military test standards. Additional security features include Titan C security, for storing sensitive information, a fingerprint sensor, for password-free login, and a webcam shield.

ASUS also debuted the 15.6-inch Chromebook Flip CX5, equipped with an 11th Gen Intel Core processor with Intel Iris Xe graphics supports WiFi 6 connectivity, up to 512GB of storage, and up to 16GB of RAM. Designed to “appeal to a young generation of users”, the CX5 flip uses a white metallic casing with a ceramic feel and an Obsidian Velvet texture in the palm rest area for improved comfort. Its 57Wh battery is enough for 12 hours of continuous use, which should be enough for most workdays. 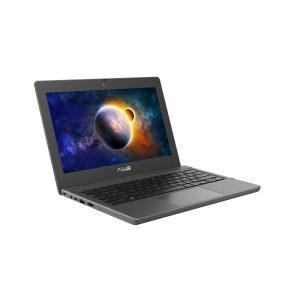 Aimed at distant learners, the 11-inch BR1100 has an “ultra-tough chassis”, easily manageable and modular design, and plenty of intelligent features to improve productivity. Available as a convertible or in the standard clamshell design, the new BR1100 laptops feature the new Intel Pentium silver processors, WiFi 6 support, optional 4G LTE, and a 42Wh battery for all-day use. With up to 16GB of RAM, and up to a 128 GB eMMC and 1TB M.2 SSD, ASUS says the BR1100 offers enhanced connectivity and portability for those who need a learning companion.

KitGuru says: It's hard to look past a dual screen laptop, but which of these most caught your eye?