With the launch of the RTX 30 series laptop GPUs and Ryzen 5000H mobile processors, ASUS is updating its laptop lineup with a few new additions, including the compact ROG Flow X13, 15-inch and 17-inch Strix Scar and G laptops, and the new Zephyrus Duo 15 SE.

Based on the specifications of these new ASUS laptops, it seems that there won't be any Intel CPU options for now. These new ROG laptops expected to be available in Q1 2021, will be cooled using liquid metal TIM and powered by up to the AMD Ryzen 9 5900HX and RTX 3080 mobile GPUs, offering a powerful hardware combination capable of rivalling high-end desktops. 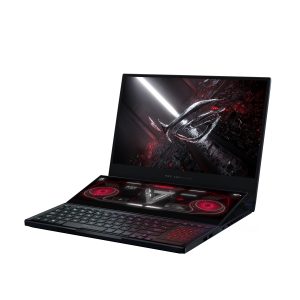 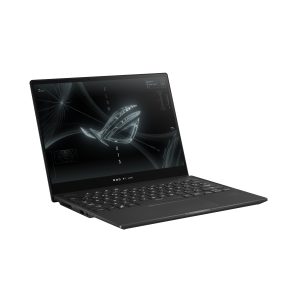 For those who want a bit more out of the Flow X13, ASUS has created the ROG XG Mobile external GPU dock. Measuring 208x155x29.6mm, this GPU dock is equipped with a mobile RTX 3080 GPU, which is cooled by a vapor chamber solution and a single fan. The ROG XG Mobile external GPU dock also features additional I/O ports to expand the connectivity of the laptop, including a USB-Hub, video outputs, and more.

The  ROG Flow X13 will be priced at £1499.99, and it will be available in February. Pricing of the ROG XG Mobile external GPU dock was not disclosed yet, but it should release before Q1 2021 ends. The dock will be available separately, or as a bundle with the laptop. 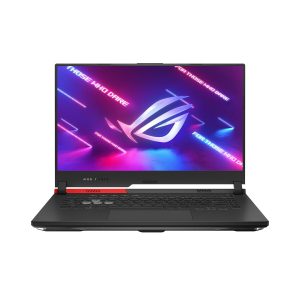 Jumping onto the ROG Strix 15-inch (G15) and 17-inch (G17) laptops, both models are similarly specced, featuring up to an AMD Ryzen 9 5900HX CPU, an Nvidia GeForce RTX 3060/3070 GPU, up to 32GB of RAM, and up to 2TB of SSD storage. The 15-inch model comes with two display options, both with a 3ms response time: a FullHD IPS panel with a 300Hz refresh rate, and a QHD IPS panel with a 165Hz refresh rate. The 17-inch model features the same display options but with a bigger screen. 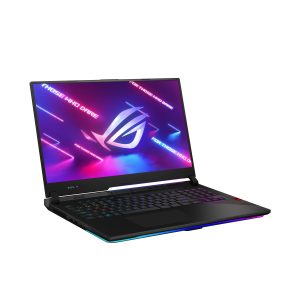 The 15-inch and 17-inch Scar laptops are basically a beefed-up version of the Strix G laptops, equipped with up to an AMD Ryzen 9 5900HX CPU, up to an Nvidia GeForce RTX 3080 GPU, up to 32GB of RAM, and up to 2TB of SSD storage. The display options of both models are also the same, coming with either a FullHD IPS display with a 300Hz refresh rate or a QHD IPS panel with a 165Hz refresh rate.

The ROG Scar laptops also feature a similar set of connectivity ports, but it distinguishes itself from the Strix G laptops thanks to the mechanical keyboard with per-key RGB lighting and superior sound system. The Scar laptops will be only available in ‘original black'. With a starting price of £1899.99, both models should be available in February.