After eleven months of floating around in the ether, AMD’s Radeon Vega 56 has finally found its way into a laptop- specifically, the new Acer Predator Helios 500. There’s even the option to go all AMD by switching out the default Intel CPU with a 2nd Gen Ryzen 7 processor, as well as a choice of either a 1080p/144Hz or 4K/60Hz IPS screen with Freesync.

On the CPU front Acer will be shipping the Helios 500 with either a Ryzen 7 2700 8 core CPU, or for the Intel fans out there, a Core-i9 8950HQ six core processor. No matter which CPU you end up with, both should be more than powerful enough to keep up with either the RX Vega 56 or the Nvidia GTX 1070, depending on which GPU you choose. 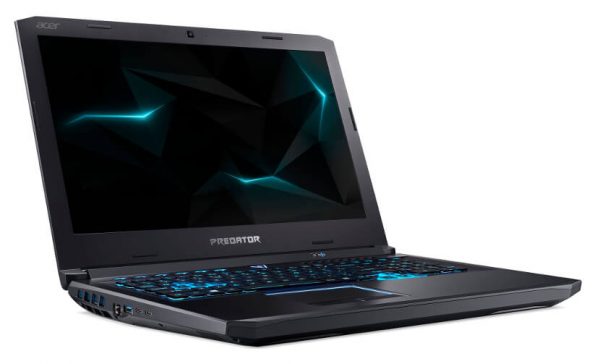 We don’t have exact specs for the RX Vega 56 appearing in Acer’s latest portable beast. However, since the desktop version draws up to 210 watts, we would imagine it will be underclocked to help out with cooling and battery life. Regardless of whether you choose Nvidia or AMD on the GPU front, you will be able to enjoy tear free gaming without the performance hit of V-sync. The Acer Predator Helios ships with Nvidia G-Sync if you pick the GTX 1070, or AMD’s Freesync if you go for the Vega 56, with both options being available in 1080p and 4K flavors.

For those of us who have grown tired of watching things spin, Acer are including two PCIe NVME SSDs in Raid 0 to bring down load times, as well as up to 2TB of HDD storage for everything else.

Given the amount of power under the hood of the Helios 500, Acer has invested in additional cooling technologies. The laptop comes with five heat pipes, four separate exhausts and ‘CoolBoost’, which rapidly adjusts fan speeds based on thermal output at any given time.

Finally, to wrap things up, the laptop also comes with a backlit trackpad and an RGB keyboard, so you can game all night without getting up to turn the lights on. The Acer Predator Helios 500 should be available in the UK starting in July, with prices starting at £1799.

KitGuru Says: While it is expensive, Acer's new laptop is set to be a powerhouse with options that cater to both Nvidia and AMD crowds. Are any of you currently in the market for a high-end laptop? Would you consider the Helios 500?