Left 4 Dead 2 is a cooperative first-person shooter game. It is the sequel to Valve Corporation’s award-winning Left 4 Dead. The game launched on November 17, 2009, for Microsoft Windows and Xbox 360 in the United States; it launched November 20 in Europe. It builds upon the cooperatively-focused gameplay of the original and uses Valve’s proprietary Source engine, the same game engine used in Left 4 Dead. The game made its world premiere at E3 2009 with a trailer during the Microsoft press event.

In a similar fashion to the original, Left 4 Dead 2 is set during the aftermath of an apocalyptic pandemic, and focuses on four survivors fighting against hordes of the infected. The survivors must fight their way through levels, interspersed with safe houses that act as checkpoints, with the goal of reaching a rescue vehicle at the campaign’s finale.

We tested at 720p with 8AA enabled and all other settings on maximum.

Left4Dead was a very smooth experience at these settings with only a few drops under 30fps when the zombie head count multiplied. 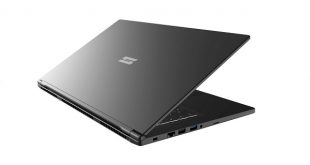 Schenker has announced the VIA 15 PRO, a laptop equipped with an AMD Ryzen 7 …