EVLeaks is retiring from mobile leaks

After a very successful two year stint providing the Internet with reliable leaks of mobile devices and ruining launch event surprises, EVLeaks, AKA Evan Blass, is retiring from his Twitter handle and will no longer be leaking upcoming smartphone or tablet information.

Blass earned quite the reputation thanks to the reliable nature of his leaks over the years, unfortunately it is hard to make money using a Twitter feed and as a result, the serial leaker is having to give it up to find something that pays better. Speaking to TheNextWeb, Blass said:

“Trying to monetize a stream of Twitter leaks is not easy. First I tried monthly sponsorships. Then weekly. Then single sponsored tweets. I took donations — felt like online panhandling. I also started a website, and it’s actually done somewhat respectably, but with all the leaks going out on Twitter anyway, people have little incentive to visit, and most of my tech-savvy-heavy audience seem to be pretty heavy ad-block users, as well. It all adds up to an unsustainable living” 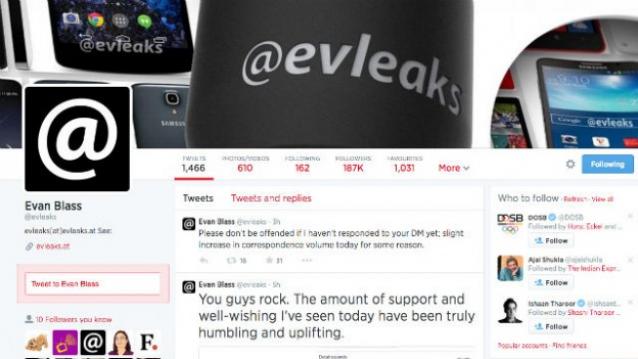 When asked if he would ever reverse his decision, Blass said “Almost certainly not. This is not a pack-your-bags-and-move-down-to-Florida retirement. I plan to start another career now, for reasons stated above. Hopefully one with some matching 401k action.”

Blass needs to fund his future as he has unfortunately been diagnosed with Multiple Sclerosis and as a result, he needs the money to pay for medical insurance and bills ect.

KitGuru Says: While we will miss the EVLeaks Twitter handle providing us with all sorts of exciting smartphone news, we do wish Blass luck in finding a new career!

Source: The Next Web