Google is gearing up to launch Android Marshmallow alongside two brand new smartphones this year. One being the Nexus 5 from LG, which we have already heard quite a bit about and the second smartphone being the new Nexus 6 from Chinese company, Huawei.

We haven’t heard quite as much about the Huawei Nexus 6 but we may finally have some details on the device’s specifications. The new information comes from GFXBenchmark Results, which shows a device called the ‘Huawei Angler’, which is running Android 6.0 Marshmallow. 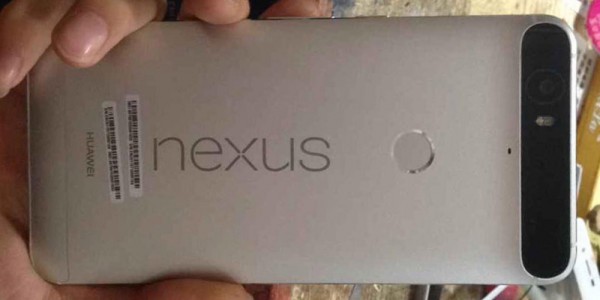 The site shows that the device sports a 5.7-inch screen with a 2560×1440 resolution. There is also a Qualcomm Snapdragon 810 chip clocked at 1.9Ghz, paired with an Adreno 430 GPU and 3GB of RAM. The camera features an 11 megapixel sensor and should be able to shoot 4K video.

Benchmark results can be faked so take this with a grain of salt. However, all of this information does line up and coincide with previous rumours we have heard about the Nexus 6 over the last few months. Either way, Google is apparently revealing its two new phones on the 29th of September, so we will know for sure pretty soon.

KitGuru Says: Last year’s Nexus 6 wasn’t too popular so it will be interesting to see if Google can convince people this time around. That said, I’m not a big fan of how the phone looks with that black bar across the camera module.

Previous Apple may eventually let you delete the default apps on iOS
Next Win Metal Gear Solid: The Phantom Pain on PC!