Update: It looks like Samsung's Iron Man themed Galaxy S6 smartphone is just around the corner. Last week, one of Samsung's official Twitter accounts tweeted out a ‘coming soon' image, only to delete it shortly after. Now, the phone maker is back at it again, this time teasing the device on Facebook. The image shows the back of the Galaxy S6 with ‘coming next week' written along the top.

It looks like the phone is going to have an actual picture of Iron Man's helmet placed on the back, which is way less subtle than I was hoping for. Personally, I was just hoping for Iron Man colors, rather than a full picture of his helmet. However, many may still end up liking the look of the Avengers tie-in device: 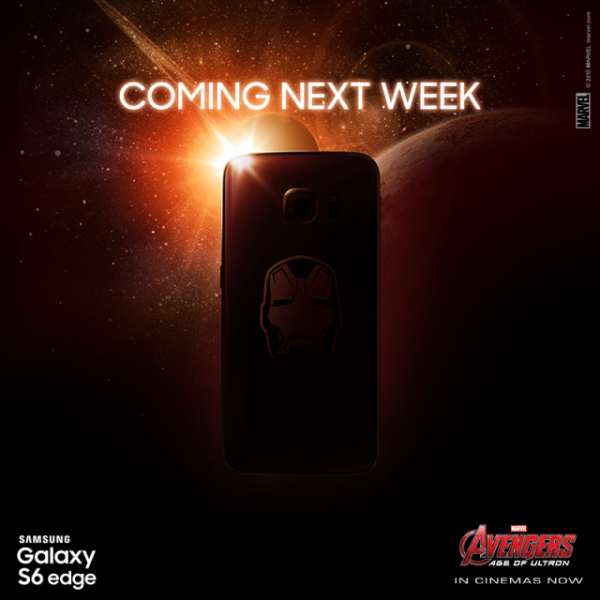 Original Story: It looks like Samsung has teamed up with Marvel to launch a limited edition Iron Man themed Galaxy S6 Edge. Renders of the phone originally leaked a short while ago but everything seems to be official now.

Samsung teased the limited edition phone on its Twitter account, noting that the Avengers tie-in would be ‘coming soon': 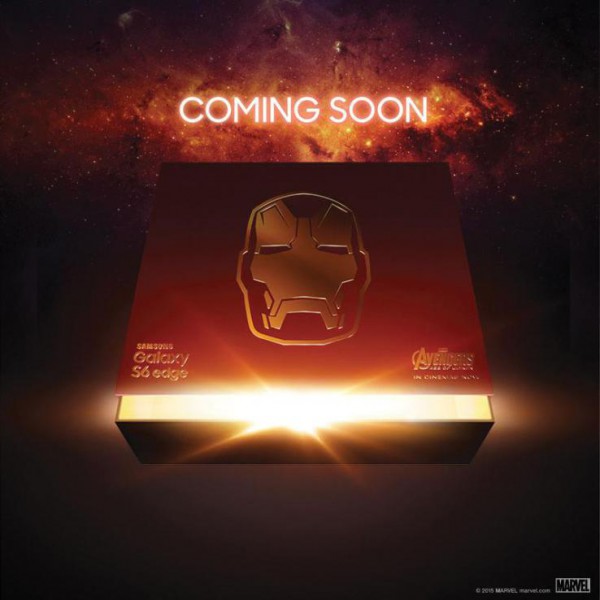 Samsung later deleted the tweet from its Samsung Electronics Twitter account for unknown reasons. Further details about availability and a release date are currently unknown. Obviously it's not too hard to guess what the phone will look like, it'll be a red and gold Galaxy S6 Edge.

The Samsung Galaxy S6 Edge comes with a 5.1 inch curved 1440P display, powered by one of Samsung's new Exynos processors. More details on the Iron Man themed phone will probably land next week- availability will probably be quite limited.

KitGuru Says: An iron Man themed Galaxy S6 Edge has potential to be the nicest looking of the bunch. I do wonder why Samsung deleted its original tweet though.