Following on from recent leaks, last night the Surface Duo 2 was officially announced, breathing new life into Microsoft's take on the dual-screen smartphone concept. The original Duo launched with a flagship price tag without the specs to match. This is changing with the Duo 2, which makes significant upgrades across the board.

As leaks suggested, the Surface Duo 2 will be powered by the Qualcomm Snapdragon 888 processor, 8GB of RAM and 512GB of storage. Unlike the original model, the Duo 2 does support 5G connectivity and NFC, although wireless charging remains unsupported. The dual displays are both 5.8-inch OLED panels with 1344  x 1892 resolution and 90Hz refresh rate. 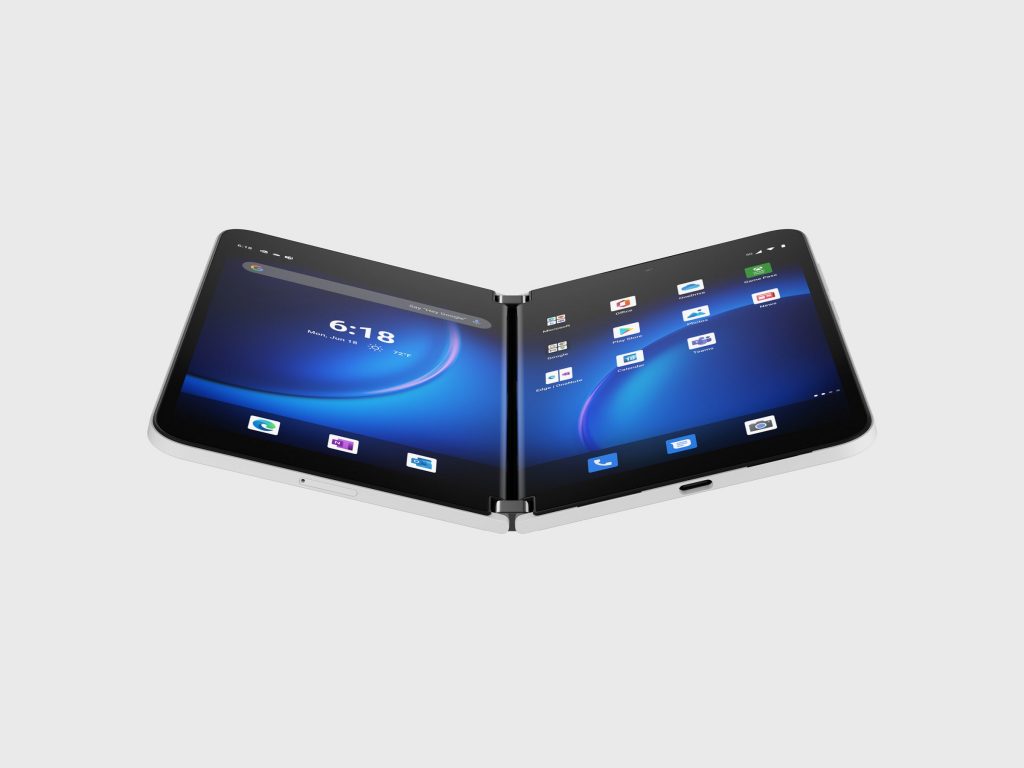 Unlike the Galaxy Fold, the Surface Duo uses two separate displays with a hinge in the middle, rather than using flexible OLED and folding out into a single large display. However, there are some apps and games that are optimised to display information across the two displays, starting with a batch of 150 games, which should grow over time.

The new Duo 2 also makes significant upgrades to the camera, with a three-lens module now on the back with an ultra-wide 16MP lens, a wide 12MP lens and a 12MP telephoto lens.

While this is a Surface phone, it does not run Windows, instead, the Surface Duo 2 (and the original Surface Duo) use Android. The Surface Duo 2 will ship with Android 11. Pricing starts at £1,349, with availability set for the 20th of October.

KitGuru Says: Pricing is still very high, but at least Microsoft's second attempt at the Surface Duo has the flagship hardware specs you would expect. It'll be interesting to see reviews in a month's time.