Last night during its annual Surface event, Microsoft announced the Surface Laptop Studio, a follow-up to the high-end Surface Book line of laptops. The new laptop will make the jump to the latest generation Intel Core i5 and i7 processors, as well as Nvidia RTX 30 series graphics.

The Surface Laptop Studio will ship with a choice of 11th Gen Core i5 or Core i7 processor, either 16GB or 32GB of RAM and up to 2TB of SSD storage – the SSD is removable too, so it can be swapped out or replaced as the user sees fit. For graphics, the Core i5 models ship with integrated Intel Iris Xe graphics, but the Core i7 models make the jump to an Nvidia RTX 3050 Ti GPU with 4GB of VRAM. 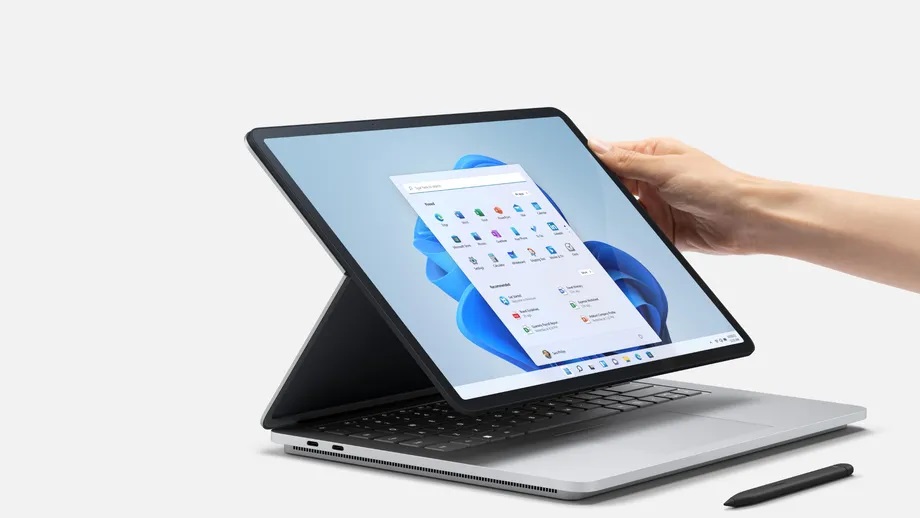 As we saw with the Surface Pro 8, the Surface Laptop Studio will also make the jump to Thunderbolt 4 connectivity. As reported by The Verge, there are two USB ports with Thunderbolt 4, as well as a Surface Connect charging port and a 3.5mm headphone jack. This means the laptop can be connected to multiple high-resolution displays, or connect to an external GPU for some additional gaming or rendering power.

The display on the laptop itself is a 14-inch PixelSense Flow display with 2400 x 1600 resolution and a 120Hz native refresh rate.