OnePlus 2 to be revealed on the 1st of June

It looks like we might be seeing the next OnePlus phone much sooner than we expected as currently a 1st of June reveal date is floating around. The original OnePlus One was initially announced in April last year and was then released the same day, although purchases were bound by the invite system until very recently.

The Chinese manufacturer alluded to the June 1st reveal date for its new flagship over on the OnePlus Google+ page, where the company posted the image found below: 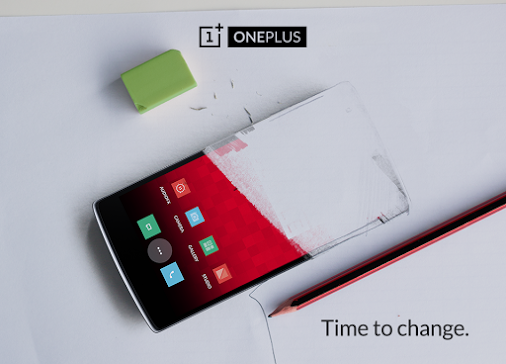 The image came alongside the following text: “We’re always looking for ways to shake up the tech industry. And we think it’s time for a change. Find out more June 1”, effectively confirming that we will be seeing something new in a couple of days time.

Rumors about the next OnePlus smartphone have been making the rounds for months now, with signs pointing towards a Snapdragon 810 CPU powering the device. It is als0 likely that the OnePlus 2 will launch at a higher price than last year’s model.

KitGuru Says: Quite a few of our readers have had good experiences with the OnePlus One. However, I do wonder if as many people will want the OnePlus 2 without Cyanogen installed. Are any of you waiting for the OnePlus 2 to launch? Thinking about upgrading this year?

Previous Space X secures US military contract
Next It looks like Halo 3: ODST will be joining the MCC this week