While we had our first apparent leak of the upcoming OnePlus 8 back in October 2019, news on the 2020 flagship has been slow since. That changed a little this week, as hardware specs and feature details have begun doing the rounds on the web.

As reported by 9to5Google, two sources have begun reporting specification details on the OnePlus 8 and the OnePlus 8 Pro. Those two sources are Ishan Argawal and 91Mobiles, who both have a decent track record. As you would expect from a flagship Android device, the Snapdragon 865 is due to appear in the OnePlus 8 Pro and OnePlus 8, meanwhile a cheaper OnePlus 8 Lite will be powered by a MediaTek Dimensity 1000 SoC. 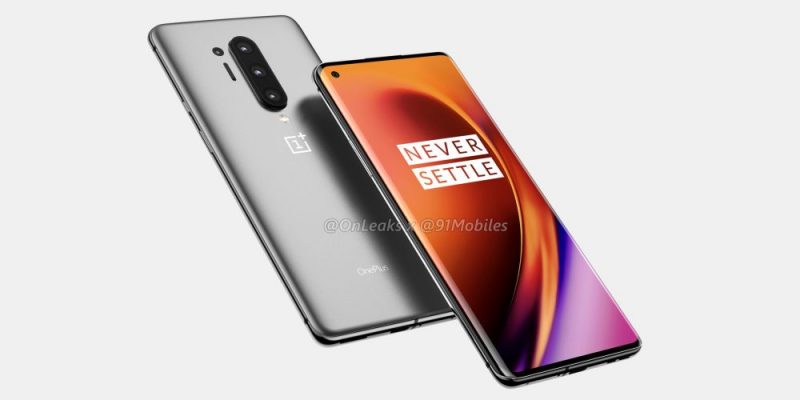 Back in January, OnePlus confirmed that it has a 120Hz smartphone display lined up. This will be found on the OnePlus 8 Pro, while the standard OnePlus 8 and OnePlus 8 Lite will have 90Hz displays. Each device will have a ‘punch hole' display rather than a notch or a pop-up front-facing camera. A fingerprint sensor is said to be embedded under the display.

Wireless charging will apparently be supported for the first time on a OnePlus smartphone, there will also be several options with differing amounts of RAM and storage, starting at 6GB of RAM and 128GB of storage and going all the way up to 12GB of RAM and 256GB of storage. Assuming the coronavirus outbreak doesn't cause any delays, we should see an official announcement as early as April.

KitGuru Says: As someone who is considering switching back to Android this year, I'll be keeping a close eye on the new OnePlus 8 series. Are any of you due for a smartphone upgrade this year? Will you be considering a new one from OnePlus?