The Epic Games Store is continuing to offer users of its platform a number of free titles each week. This week’s offerings are Offworld Trading Company, a fast-paced RTS set on Mars, and GoNNER, a score-based procedurally generated roguelike platformer. Both of these titles are currently available to purchase for free until the 12th of March at 3pm. These titles have replaced last week’s offering of ‘InnerSpace’.

Offworld Trading Company is a real-time strategy game from the lead designer of Civilisation IV – Soren Johnson. In the game, “Mars has been colonized” and so “Earth's greatest corporate titans have been invited to build companies to support it. The competition to dominate the market is fierce” and so you’ll take part in trying to carve out a piece of the market for yourself.

Being an economic RTS, “[m]arket forces are your weapons, not guns or bombs. In order to win, you will need to make tough choices on what resources to acquire, what goods to build and sell, how to interact with the planet's thriving underworld, and what stocks to acquire and when”. The game received favourable reviews from critics when it released back in 2016. 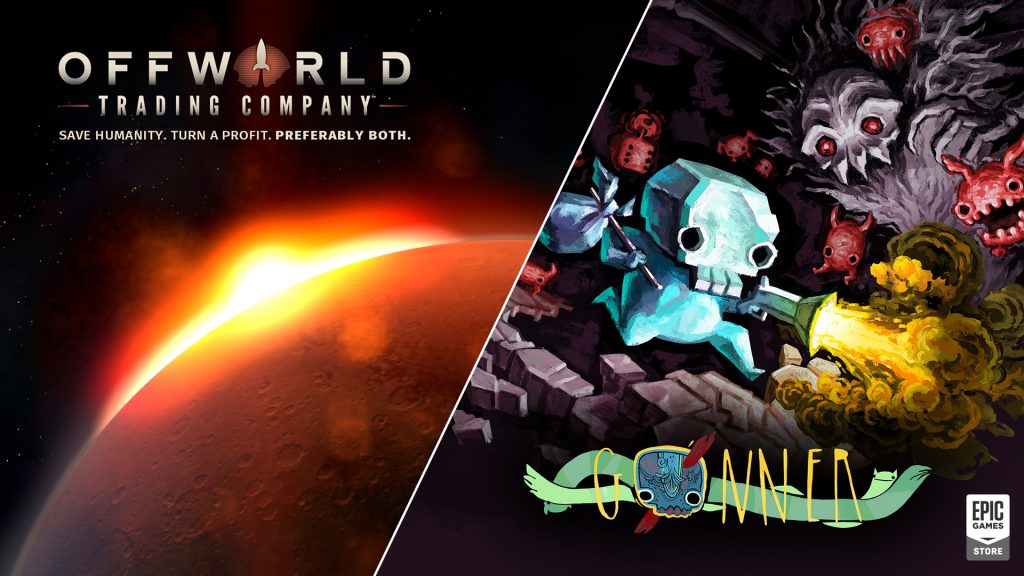 The second free title is GoNNER. The game is described as being “a tough as hell score-based procedurally-generated platformer with roguelike elements” while also containing “a story about friendship between Ikk, Death, and a space whale named Sally.“ The game features a tough but fair approach to difficulty, with eventual deaths being expected of you. With daily challenges; procedurally generated levels; various unlocks and secrets; and leaderboards, the game was received positively by critics – albeit less so by users.

Both Offworld Trading Company and GoNNER are currently available for free on the Epic Games Store. They will be available to purchase and keep forever, until the 12th of March at 3pm, at which point they will be replaced by three titles: A Short Hike, Anodyne 2: Return to Dust, and Mutazione.

KitGuru says: What do you think of this week’s offerings? What’s your favourite RTS game? Would you rather Epic Games focus on multiple smaller titles, or fewer but larger games? Let us know down below.