We have been hearing whispers about Samsung's foldable display smartphone plans for several years now. In 2017, it looked like things were finally coming to fruition but it didn't end up coming to pass. This year though, things are different, as Samsung confirmed to investors in an earnings call this month that we will be seeing the launch of foldable OLED smartphones.

Samsung held its quarterly earnings report on the 31st of January, during which the firm broke the news, stating: “in 2018, we will differentiate through the development of cutting-edge products, which as foldable OLED smartphones”. 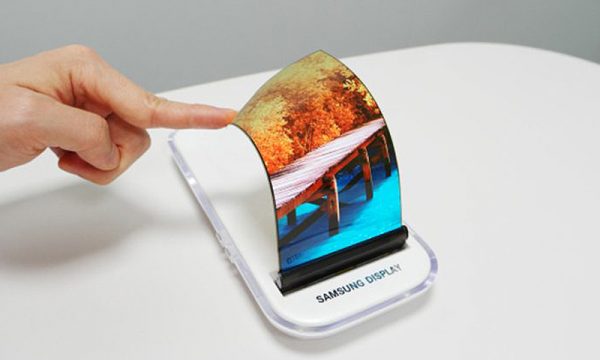 Samsung held some secret meetings at CES this year to show off new prototypes for the foldable OLED smartphone, currently known as the Galaxy X. It likely used that opportunity to get feedback to inform final design decisions.

The current rumor is that the Galaxy X will be a smartphone/tablet hybrid, with a 7.3-inch display that can fold out to act as a tablet display, or fold in to fit the more traditional smartphone form factor. We don't know exactly when Samsung will launch the device, but confirmation of a 2018 launch is a good sign that we will hear more in the coming months.

KitGuru Says: Samsung began showing off its foldable display tech as far back as 2014. It has taken several years, but it looks like the company will finally be putting it to good use. It certainly sounds like an interesting concept, now we just have to wait and see if it catches on.

Previous AMD aims to start increasing GPU production, but problems persist
Next AMD confirms silicon changes will be made to protect Zen 2 processors from Spectre