Samsung has officially introduced its new smartphone, the Galaxy A7, the successor to last year's Galaxy Alpha, which was recently rumored to be discontinued in favor of a new device. The Samsung Galaxy A7 is the latest device in the series, following the low end A3 and A5 smartphones.

The Galaxy A7 comes with a 5.5 Inch 720p screen and has an all metal body, helping give the device a more premium feel. The Galaxy A7 is not a flagship by any means but this should help Samsung expand its offerings in the mid-range to low end market before the launch of the Samsung Galaxy S6 in a few months time. 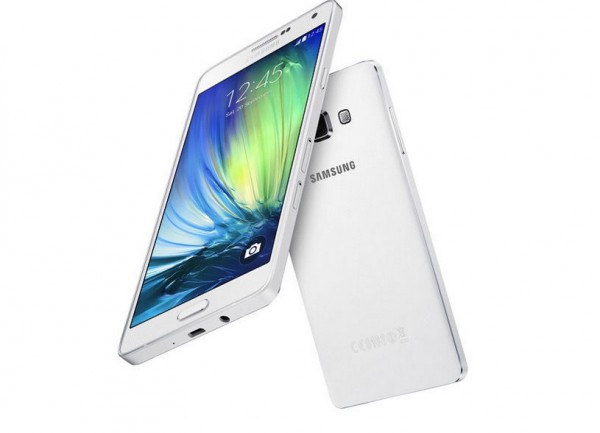 The device will run Android 4.4 KitKat rather than the latest 5.0 Lollipop offering. Specifications include 2GB of RAM, a 1.5 GHz quad-core CPU, a 13 Megapixel camera and a 2600 mAh battery. The device will be pretty thin as well, coming in at just 6.3mm thick.

A dual SIM option will be available, which have proven popular in developing countries such as China.

KitGuru Says: Ever since the launch of the Moto G back in 2013, many smartphone makers have been buckling down on making decent devices for the low end smartphone market. We will have to wait and see if this new move pays off for Samsung.