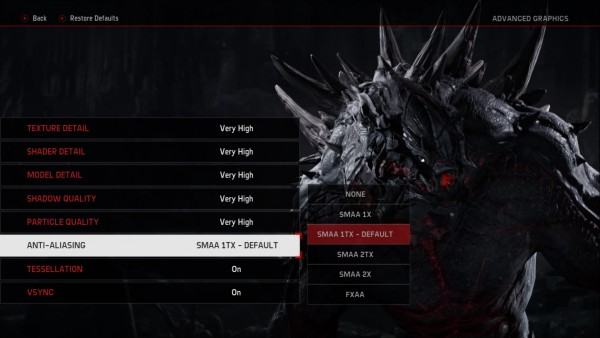 Users will be able to adjust settings for:

a 64-bit copy of Windows is required. Turtle Rock has noted that while 4K support will be available right out of the box, SLI support won't be available at launch and will take a little while to implement. Evolve will launch on the 10th of February on the Xbox One, PC and PS4.

KitGuru Says: Evolve isn't an overly demanding game, which is nice as it means more people can play at decent image quality settings and frame rates. Are any of you guys looking forward to Evolve? What do you think about the system requirements?