The Galaxy Note 7 set to launch on 2nd of August

If you have been waiting to upgrade your smartphone this year then you may want to keep your eye on Samsung at the beginning of August as the company is hosting a new launch event, most likely for the heavily leaked Galaxy Note 7.

An invitation was sent out to various press outlets earlier this week confirming the event, Samsung also confirmed the event in a tweet of its own. Interestingly though, the tweet itself contained a gif that essentially confirms the Note 7, with a hint towards the rumoured iris scanner and a picture of the S-Pen that comes with every Galaxy Note device. Under the S-pen is the caption ‘7 unpacked 2016'. 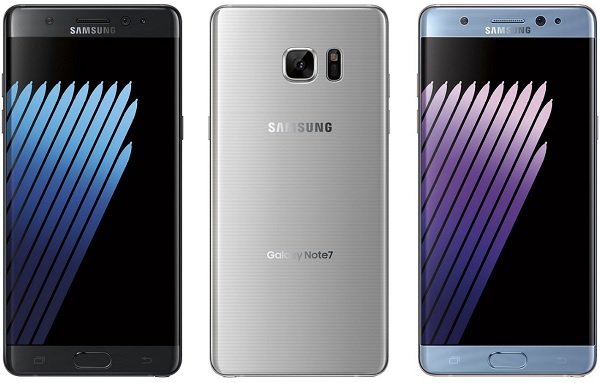 While the event isn't too far off, we do know quite a bit about the Galaxy Note 7 already. The leaked image above shows the different colours that the device will launch in and previous leaks have also given us an idea of the internal specs.

Specifications that we know about already include a 5.7-inch 1440p Super AMOLED display, 64GB of storage plus a microSD slot, a 12MP camera on the back and a 5MP one on the front as well as an IP68 water and dust protection rating.

The only thing we don't know yet is what CPU Samsung will be using. It may use an Exynos chip of its own, or perhaps the company has opted for the Snapdragon 821, which was just announced this week. Either way, we will find out for sure on the 2nd of August.

KitGuru Says: The Galaxy Note series is one of Samsung's most popular so there will be a lot of people following this event next month. Are any of you currently using a Galaxy Note? Are you looking to upgrade this year?