Home / Lifestyle / Mobile / The OnePlus 2 has been officially announced

The OnePlus 2 has been officially announced

The OnePlus has officially revealed its next smartphone, the OnePlus 2, dubbed the ‘2016 flagship killer’. The new device features an aluminium build, comes with a finger print scanner along with the usual high-end phone specs you would expect on any flagship Android smartphone.

The OnePlus 2 will use Qualcomm’s Snapdragon 810 processor, 3GB of RAM and 16GB of storage, though there are upgrades to a model with 4GB of RAM and 64GB of storage if you need the extra space. The phone comes with Oxygen OS installed, something that we have known about for quite a while following OnePlus’ falling out with Cyanogen. The ROM is based on Android 5.1 Lollipop. 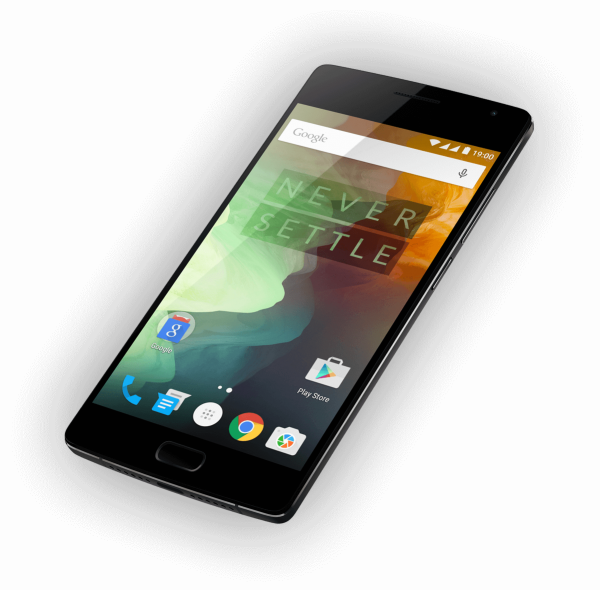 Like last year’s model, the OnePlus 2 comes with a 5.5-inch 1080p display, which should theoretically help save on battery life while other flagship makers make the jump to 1440p. there is also a 13 megapixel rear facing camera with optical image stabilisation, dual LED flash and a f/2.0 lens.

Dual-SIM is supported and for charging, you will be using a USB-Type C port, which is set to become the new standard in the future. The OnePlus 2 is still a good deal as well, coming in at £239 for the 16GB model and £289 for the 64GB variant. Though, you will need an invite to buy one, which may be difficult as over 500,000 people are now on the reservation list.

KitGuru Says: The OnePlus 2 is finally here, although it might be a while before people actually start receiving their pre-orders. Are any of you thinking about getting a OnePlus 2 this year? Are you sticking with your current device?