AMD claims that its upcoming “Beema” and “Mullins” accelerated processing units for various low-power devices will deliver twice the performance per watt compared to its previous offerings thanks to improved code-named “Puma” x86 micro-architecture, Radeon graphics engine based on the GCN [graphics core next] architecture as well as some other tweaks. As a result, the company is assured that its new APUs will be better than Intel’s Atom “Bay Trail”.

“Mullins and Beema are really targeted at the low power APU space. We just showed some of the latest performance metrics at CES, and what you will see is that on graphics performance, it is substantially better. We’re talking about 250% better than the comparable Bay Trail products. What is different is on the compute performance, where we had traditionally been not as strong, we see significant performance improvements,” said Lisa Su, senior vice president and general manager of global business units at AMD, during a conference call with investors and financial analysts. 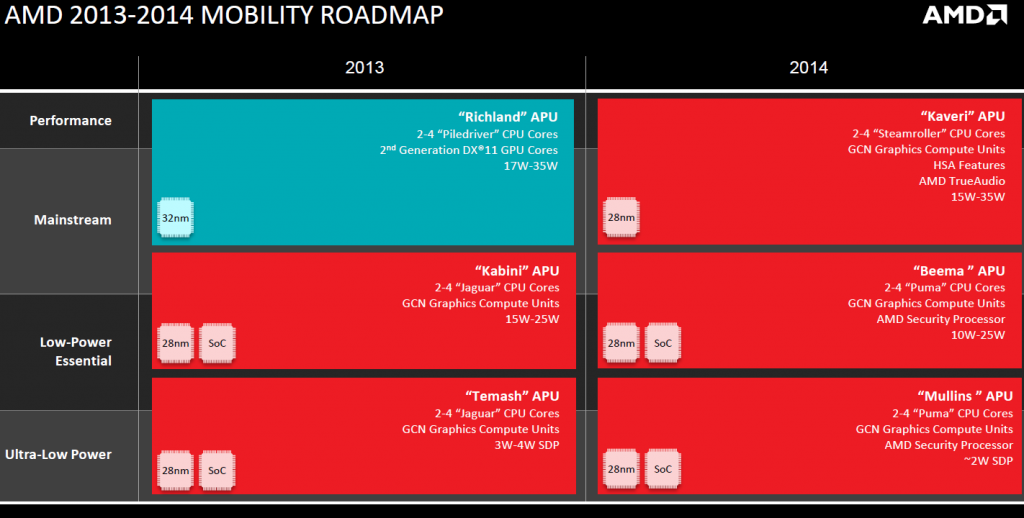 AMD “Beema” APU will feature two or four “Puma” x86 cores, Radeon graphics with GCN architecture, AMD security processor (based on ARM’s TrustZone architecture), a memory controller and a number of special-purpose accelerators. The chip will have 10W – 25W thermal design power and will target low-cost/low-power laptops. The main rivals for the APU are Intel Atom processors with Silvermont micro-architecture that belong to “Bay Trail D” and “Bay Trail “M” families.

AMD “Mullins” will be very similar to the “Beema”, but will only consume ~2W in typical conditions, which will allow its integration into media and business tablets. It will rival Atom “Bay Trail-T” chips.

While AMD’s offerings can easily provide better performance in graphics intensive applications, it should be noted that at present AMD’s APU only support Microsoft Windows 8 operating system. Meanwhile, Intel’s Atom “Bay Trail” are compatible with Windows and Google Android. Even if AMD manages to gain compatibility with the latter platform, it is unknown whether AMD’s hardware will perform as advertised under the Google’s OS.

KitGuru Says: It is always very interesting to watch hardware designers compare existing products from their rivals with their upcoming projects. 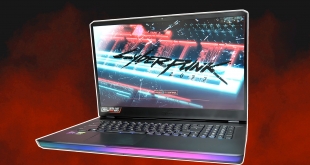