Lenovo is about to update their Thinkpad laptop portfolio with the new T, X and L series. These new Thinkpad products will come equipped with “emerging technology features”, such as Modern Standby, Wake on Voice, WiFi 6, Dolby Audio Speaker System and Dolby Vision. Buyers will also have the option to choose between 10th Gen Intel Core vPro processors or AMD Ryzen Pro 4000 Mobile processors, which Lenovo will be the first to provide.

These products are part of Lenovo’s strategy “to deliver Smarter Technology for All”, introducing new features that, according to Lenovo, have “real value”. Modern Standby offers an always-on, always-connected approach similar to a smartphone,  while WiFi 6 will deliver better network capabilities. Additionally, Lenovo also introduced unified communications function keys, and multiple display options to further enhance the end-user experience. 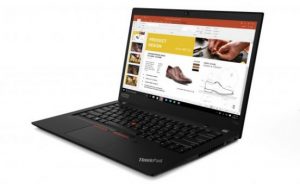 Starting with the “most successful ThinkPad series ever”, the T series’ models will be available in 14 and 15-inch models, as T15, T14 and T14s. These will come with Windows 10 Pro and equipped with 10th Gen Intel Core vPro processors, available later in 2020, but both the T14 and T14s can also be configured with AMD Ryzen PRO 4000 Mobile processors. All models will feature the previously mentioned technologies, such as Modern Standby, Wake on Voice, Dolby Audio Speaker System, and more. 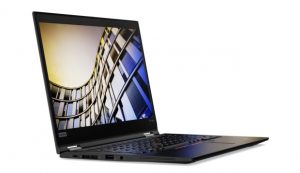 The ThinkPad X13 and its Yoga variant are designed to deliver the performance of the T series in a more compact package. Both models can be equipped with a FullHD 500 nit “PrivacyGuard ePrivacy display with PrivacyAlert”, to prevent “over the shoulder glances”, but the X13 Yoga will have a UHD OLED display option. The X13 Yoga will also come with Dolby Audio Speaker System. 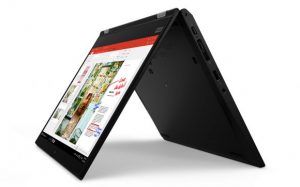 ThinkPad L series is aimed at users “who seek the attributes of ThinkPad and need value-driven productivity”. The latest L series models are thinner and lighter, and will be available in 13, 14 and 15-inch models. Both the L14 and the L15 will have “rapid-access unified communications functions keys” and buyers can either choose a 10th Gen Intel Core vPro processor or an AMD Ryzen Pro 4000 Mobile processor for their system. The L13 and L13 Yoga models won’t be available with AMD Ryzen Pro 400 processors.

KitGuru says: Out of these models, which one interested you the most? Would you choose a 10th Gen Intel mobile processor or an AMD Ryzen Pro 4000 processor?