One advantage PC gaming has over console gaming, is that there are portable versions of those platforms that we can take around with us. They're called laptops and you have to look far and wide to find a console equivalent. They are out there though, like the Xbox and PlayStation laptops that Eddie Zarick has been making for a while. His latest creation is very unique however, since it bundles a Playstation 4, inside an R2-D2 themed laptop case. 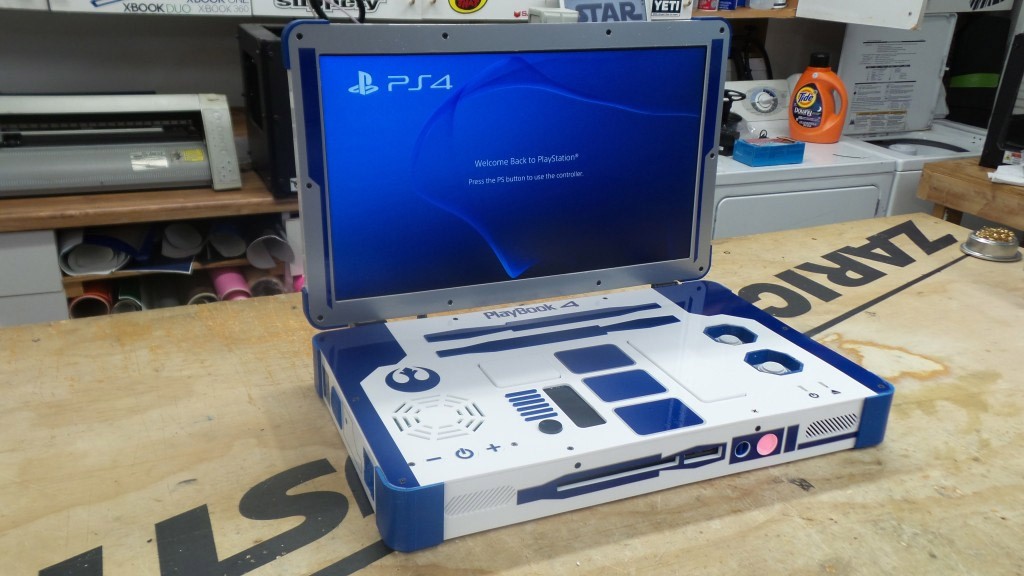 Called the R2-D2 Star Wars Playbook, it puts a PS4 inside a custom built notebook chassis, featuring a full 3D printed exterior, with custom made R2-D2-esque parts. It even features sound effects of the little guy when plugged in and powered on.

If you want to have it do that all day, there's even a button on the side that acts like the modern equivalent of a toy's drawstring, forcing the Playbook to start spouting R2-D2 noises/phrases with abandon.

As much as this is an impressive set up and certainly is the most visually attractive system that Zarick has put together, the Xbook Duo, which bundled an Xbox 360 and PS3 together was perhaps the greatest achievement of Playbook creation.

KitGuru Says: This is a beautiful looking piece of kit. Expensive I'm sure, but worth it if you can afford it, as that truly is unique.