Amazon is rumoured to reveal its first smartphone only sometimes in June, but we already know what is inside it and how does it look thanks to a publication of its alleged image in a media report. Based on the first look on what is claimed to be the final rendering of the Amazon smartphone, it seems that the company mainly worked on the insides of the phone rather than on its design.

The Amazon smartphone does not feature a very distinctive appearance: it looks similar to tens of various Google Android-based models available widely. But despite of the lack of distinctive design, the handset looks very stylish, it has a lot of small very well-thought details (e.g., slayed corners on the front side, elegant shape of buttons, concealed sensor openings and so on) that differentiate a cheap gadget from a desired device. It seems like the smartphone is made of both metal and plastic, which should ensure durability, nice look and low weight.

The Amazon smartphone, which could carry Kindle, Fire or Kindle Fire brand names, features micro-USB connector, one “Home” button on the front panel, volume buttons on the left side as well as an unknown button adjacent to them. There is a camera sensor, a flash and a microphone on the backside of the device. 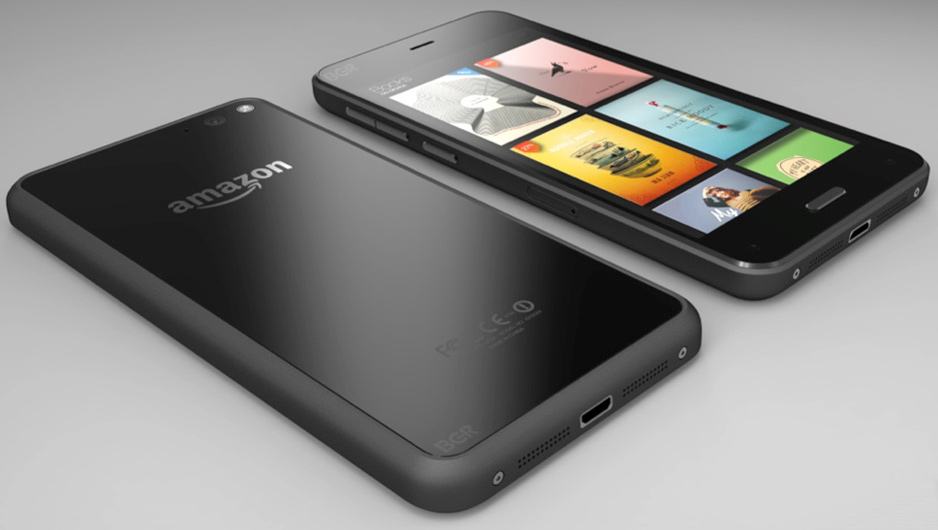 As previously reported, Amazon’s first smartphone will be based on a quad-core Qualcomm Snapdragon application processor, will sport 2GB of RAM as well as 4.7” auto stereoscopic 3D display with 1280*720 resolution. The device is projected to feature four low-power sensors that will track owner’s retina position on the front-side as well as a 13MP camera on the backside of the device.

According to BGR, the smartphone is bit bulky, but is “reasonably comfortable to use with one hand”. It is reported that Amazon’s user interface that relies on gesture controls was designed in part to make one-handed operation of a large phone as easy as possible.

As reported, the smartphone from Amazon will almost certainly run on a new version of the Fire OS, which already powers Kindle Fire tablets and Fire TV set-top-box. The Fire OS is based on Google Android, so it is simple for developers to port their services and games over to the smartphone from Amazon. Moreover, most likely many apps for Kindle Fire tablets will also run on the handset.

In addition to auto stereoscopic 3D display, one of the smartphone’s key selling points will be a special data plan called “Prime Data”, which specifics are a mystery now.

KitGuru Says: Although it seems like we already know a lot about the Amazon smartphone, in reality we still have almost no information about the most important things: peculiarities of its operating system, graphical user interface (and gesture controls), data plan as well as auto stereo-3D technology.