It is not a secret that the market of media tablets is not growing like it used to just a couple of years ago. Apparently, many people are satisfied with their current devices, whereas some other prefer hybrid devices, i.e., phablets. According to International Data Corp., shipments of tablet and 2-in-1 devices in Q1 2014 increased slightly compared to the same period a year ago and dropped significantly from the previous quarter.

Worldwide tablet and 2-in-1 shipments slipped to 50.4 million units in the first calendar quarter of 2014, according to IDC. The market grew only 3.9% over the same period last year and contracted by 35.7% from Q4 2013. The slowdown was felt across operating systems and screen sizes and likely points to an even more challenging year ahead for the category, according to the analyst firm. 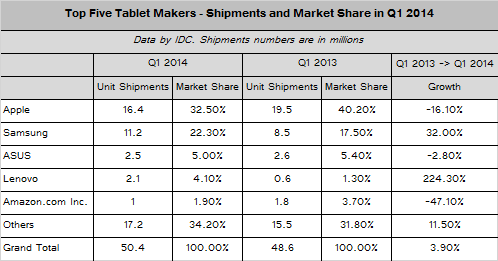 “The rise of large-screen phones and consumers who are holding on to their existing tablets for ever longer periods of time were both contributing factors to a weaker-than-anticipated quarter for tablets and 2-in-1s,” said Tom Mainelli, IDC program vice president of devices and displays. “In addition, commercial growth has not been robust enough to offset the slowing of consumer shipments.” 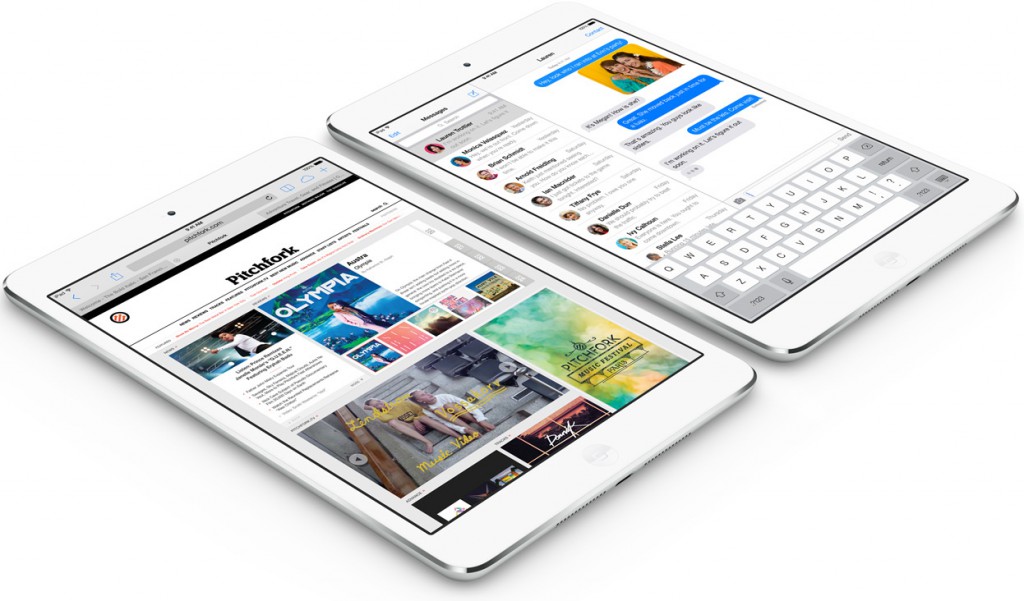 Apple sustained its lead in the worldwide tablet plus 2-in-1 market, shipping 16.4 million units, which is down from 26 million units in the previous quarter and below 19.5 million units sold in the first quarter of 2013. The reasons for such decline are general market trends, not Apple’s competitive positions since the company’s tablet lineup is more competitive than ever. Despite the reduction of shipments, the company saw its share of the market slip slightly to 32.5%, down from the previous quarter's share of 33.2%. 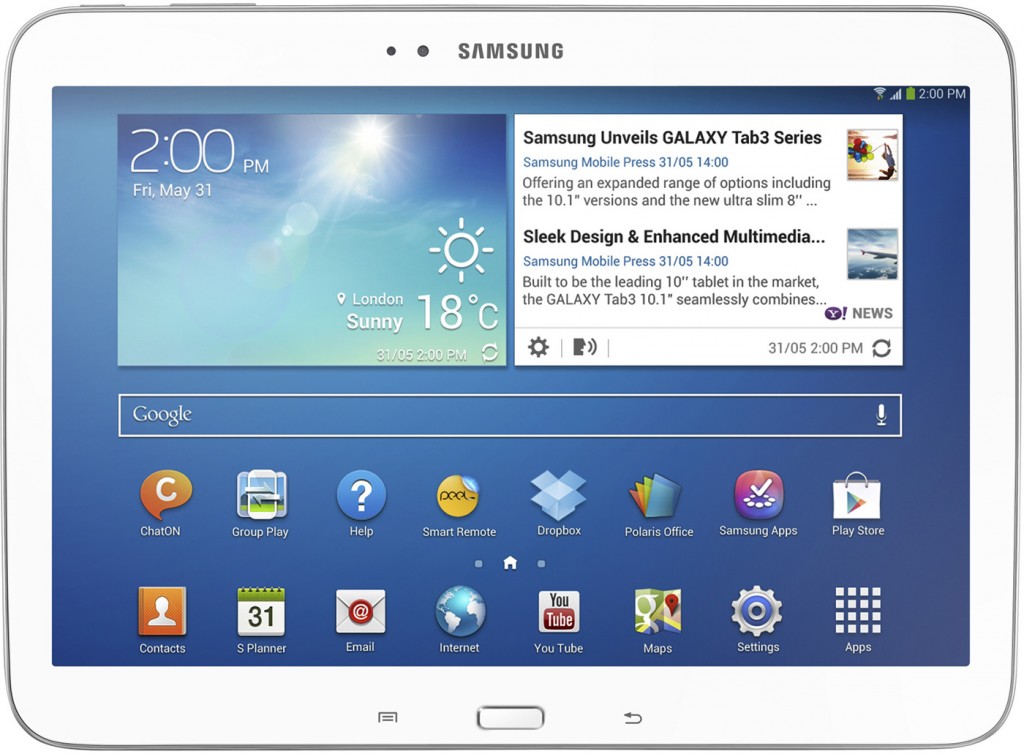 Samsung once again increased its worldwide share, increasing from 17.2% in Q4 2014 to 22.3% in the first quarter of this year. Samsung keeps on working aggressively with carriers to drive tablet shipments through attractively priced smartphone bundles.

“With roughly two-thirds share, Android continues to dominate the market,” said Jitesh Ubrani, research analyst of worldwide quarterly tablet tracker at IDC. “Although its share of the market remains small, Windows devices continue to gain traction thanks to sleeper hits like the Asus T100, whose low cost and 2-in-1 form factor appeal to those looking for something that's ‘good enough'.”

KitGuru Says: It is not surprising that Apple is gradually losing its media tablet market share since there are simply too many Google Android-based slates on the market that are much more competitive than several years ago. What will be interesting to see is whether the PC giants, namely Dell and Hewlett-Packard, will eventually manage to become significant players on the market of tablets too. So far they have been unsuccessful, but who knows what is going to happen in the future?

Previous Final look of Amazon smartphone unveiled
Next SanDisk to release 8TB SSD in 2015, 16TB SSD a year after