OnePlus 5 packs a punch for under £500, full specifications and release date revealed

OnePlus has made headlines the past few weeks, with each leak of its new flagship-killer leaving fans a little less settled. After three and a half years in development, the OnePlus 5 has been fully revealed ahead of its launch on the 27th of June.

With just a slight markup in price compared to the 3T, OnePlus has packed a ton of new and returning features into the OnePlus 5. The main features showcased at today’s keynote are the new Dash Charge functionality, 20+16MP Dual-Camera, LPDDR4X RAM and its own OxygenOS.

Dash Charge is OnePlus’s take on fast charging. In a bid to minimise overheating and impact on performance while maintaining the speed of fast charging, the company has moved the technology from the phone into the adaptor. Eager to show off its new slogan for the tech, “A day’s power in half an hour”, the OnePlus 5 is compared to the Samsung Galaxy S8 showing that Dash Charge is not only quicker than fast charging when idle but also while in use.

OnePlus went to great lengths to show off its new dual-camera. The main 16MP, f/1.7 sensor is paired with a secondary 20MP, f/2.6 sensor, resulting in the highest raw pixel count of any combined dual-camera smartphone. Partnered with imaging experts DxO, the camera features a HDR mode for quickly snapping the high and low-lights of an image as well as a Pro mode for RAW shooting. It is able to shoot video in 4K but with the restrictions of its Full HD screen, most will opt for recording in 1080p 60fps.

The rumours about the whopping 8GB of RAM are true and the OnePlus 5 launches with 6GB and 8GB variants of LPDDR4X RAM. When paired with the Snapdragon 835 processor, it ensures you’re never caught short when multitasking. There is also a focus on battery life with its 3300mAh battery, with the CPU scaling and RAM disabling to conserve power when usage lessens. 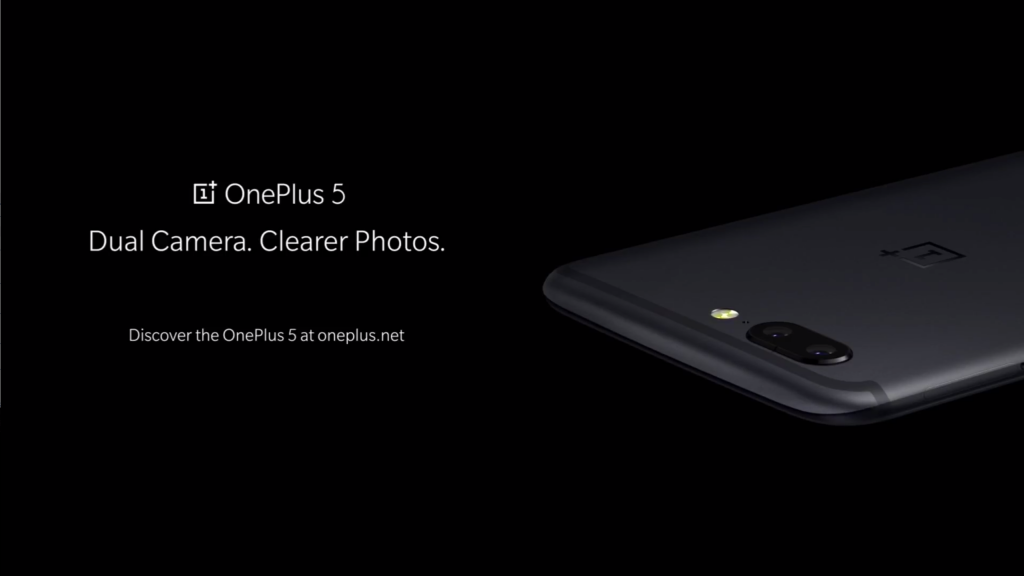 OnePlus’s new OxygenOS is built off of Android instead of Android being the end-point. The two main features of the OS come as a result of the company listening to fan complaints and learning from past failings to try and give a better experience to its users. First is a reading mode with ambient sensor. The sensor detects the colour temperature of the light around you and changes the whites on the screen for less eye strain, resembling the pages of a book. The second feature is an auto-screenshot mode that automatically scrolls down a whole page to grab the image as a whole, stopping the need to take multiple screenshots.

What the design lacks in originality it makes up for in its value for money, giving users a higher-end look for a fraction of the price. The 64GB model has 6GB RAM and comes in ‘Slate Grey’, with the 128GB/8GB RAM version coming in ‘Midnight Black’ on launch. These are the only two colours available on launch, but it is possible for more variations to appear down the line. The price is a slight jump from previous releases with the OnePlus 5 starting from £449/ 479/€499.

KitGuru Says: While the higher price might not be considered as budget as it once was, the OnePlus 5 is definitely a powerhouse. Will you be picking one up this year?