Using a tablet could be bad for your neck

Despite Microsoft introducing the technology in the early ’00s, it’s only in the past few years that tablets have become a mainstream technology, with some 42 per cent of US under 18’s now said to have one of their own. However, while many more of us may be tapping a screen rather than typing, it  could actually be doing us a lot of neck damage, as a new study to come out of Ergonomics, suggests that looking down at a tablet screen has the potential to strain the neck far more than neutral sitting positions.

For people that sit at a desk or computer for work, posture is often considered to be pretty important – I know I notice it if I slouch for too much of my day – and there are lots of solutions for it, from sitting up straighter, to better chairs, to getting  a full blown standing desk. However, since tablet technology and particularly its popularisation, is still so relatively new, not much research has been done on its usage and effects on the human body. Now though, a handful of researchers working for Ergonomics have discovered that neck strain is far more common in tablet users, than those that sit neutrally at a desktop or laptop. 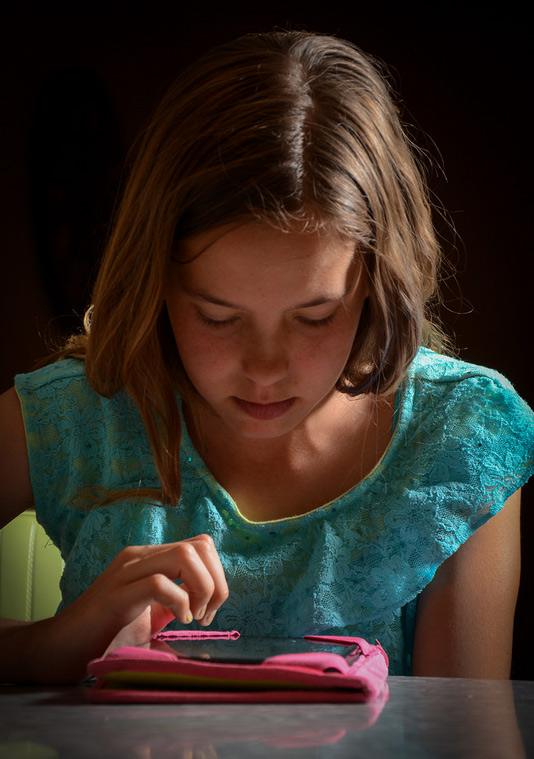 The problem stems from the fact that people tend to hold a tablet far lower than their eyeline, which means extending the neck slightly in order to look down at it. This leads to an increased gravitational demand on your neck, whereby your head’s weight has to be countered by tensing your neck’s muscles, at a ratio of 3:1 and sometimes as much as 5:1, versus a neutral position. This added strain, gives users an increased chance of neck injury and a potential risk for regular neck pain.

Fortunately there is something that you can do as a tablet user and that’s to either hold the tablet at a height closer to eye level, or have a stand do the same for you. That position is far less strenuous on your neck, than when the tablet is laid flat on a desk, or slightly propped up at a similar height.

One other interesting aspect of the study looked at female versus male tablet usage, to see if the increased mass of male bodies might contribute to neck strain. However, while male test subjects were found to have a 31 per cent higher gravitational demand compared to their female counterparts, they were also found to have an average of 39 per cent greater muscle mass in their necks to compensate. Ultimately the net-demand on the neck was considered to be around four per cent higher for males, but it was not found to have any real significance in neck fatigue or potential for strain.

KitGuru Says: Let this be a lesson to you tablet users. Sitting up straight and maintaining a neutral eye-line is just as important for tablet use as it is at your desktop or laptop.