We Happy Few is a strange mashup of 1984, Brave New World and Equilibrium in terms of setting, and a bit like Bioshock meets Don’t Starve in its gameplay, but there’s one overarching theme from what we’ve seen of the game so far and that’s that it’s creepy. Thanks to some disaster in the game world’s past, everyone has to be happy all the time, and to make sure they do that, they constantly take a little drug called “Joy,” and wear white face masks to show how happy they are. Yea, that’s not unnerving at all.

We first saw We Happy Few in its reveal trailer a few weeks ago, where the theme of being watched and judged based on how happy you are was introduced to us. That’s something you have to do a lot in the game: keep up appearances while you try and explore and craft your way to escaping the strange dystopian society. 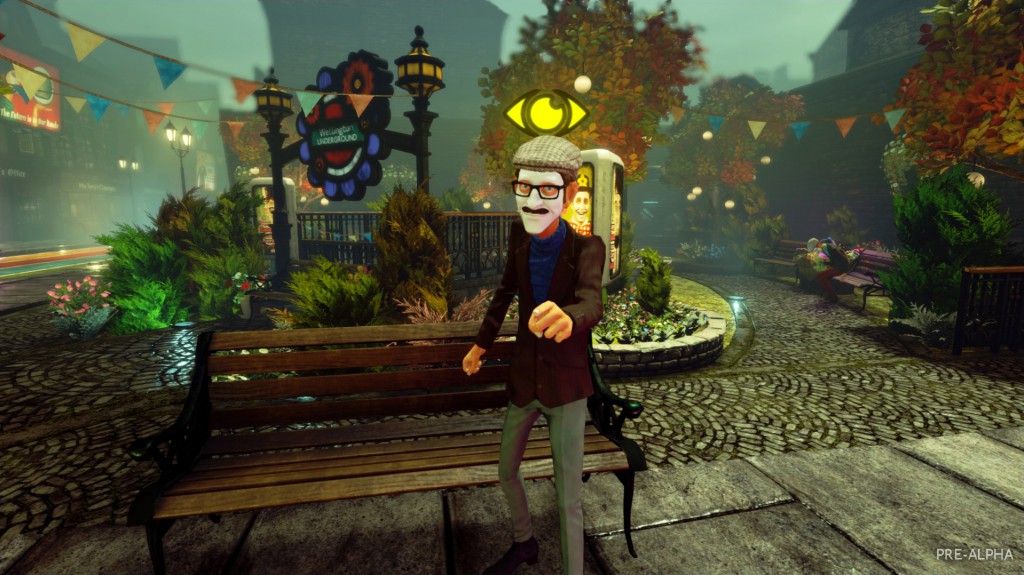 If characters spot you behaving suspiciously, they might point you out to others 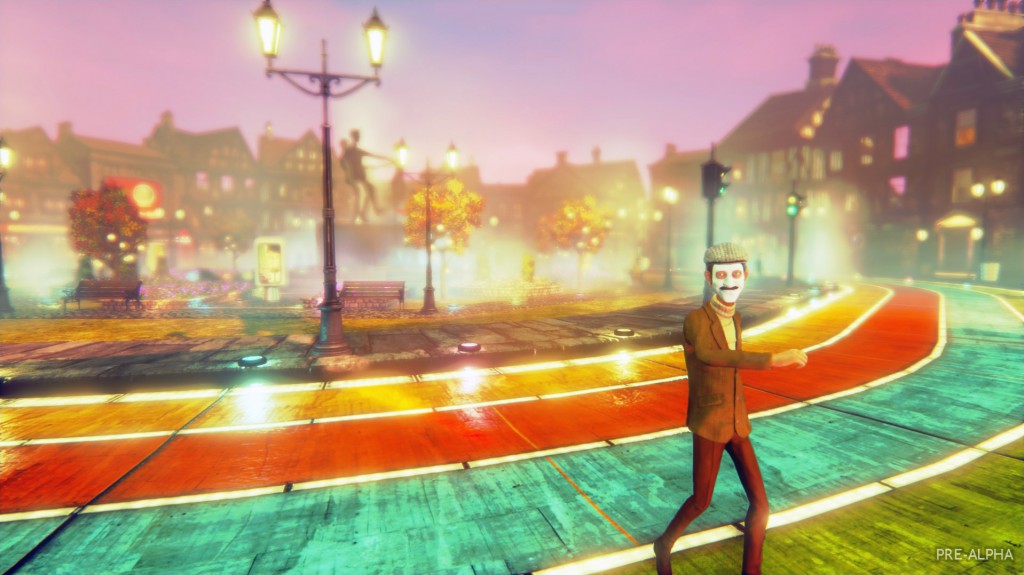 Taking the game’s Joy drug will make the world bright and happy, but don’t take too much or you’ll pass out 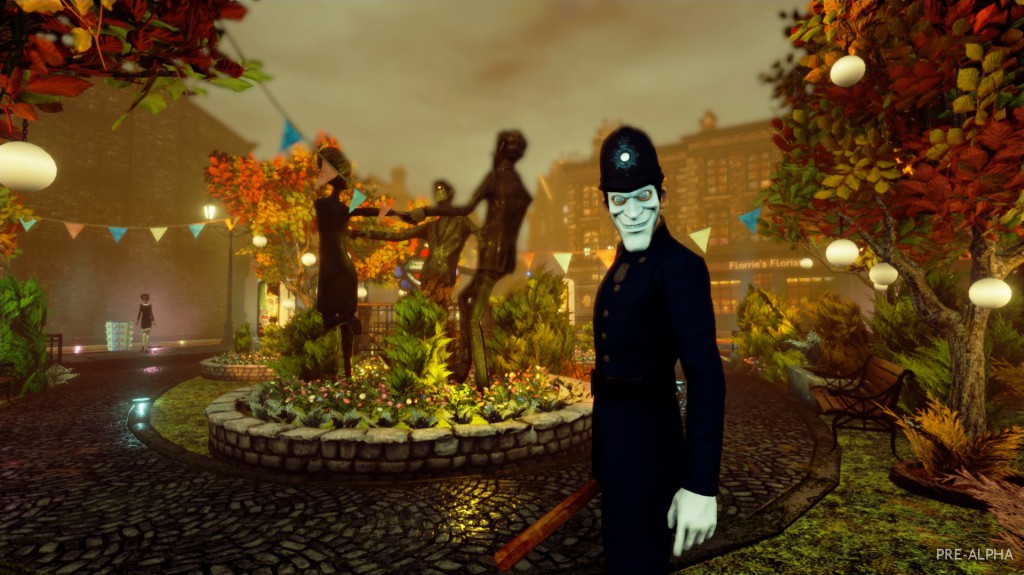 Policeman are even creepier than the citizens. People’s mouths aren’t supposed to curve up that much… 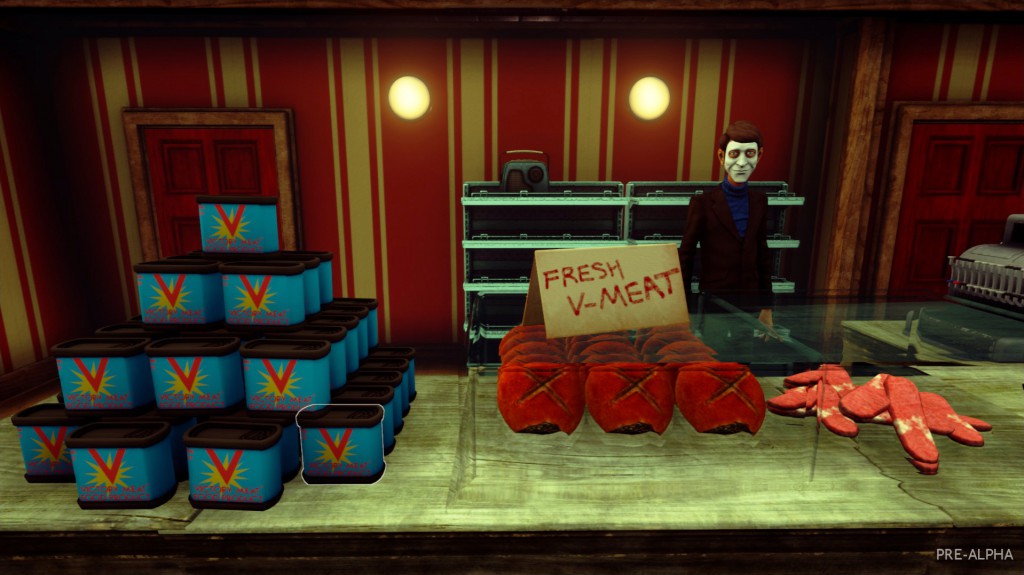 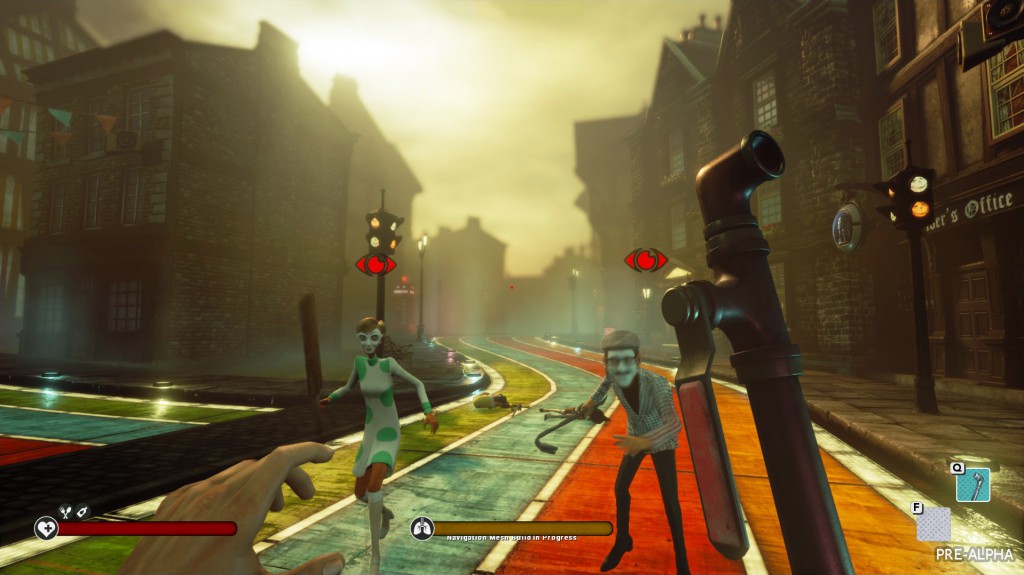 Although it will attract a lot of suspicion, sometimes you will need to defend yourself

Crafting will be a relatively big part of the game, as it will let you make more advanced items and weapons, but you’ll need to scavenge materials from people and their houses, which is difficult to do without avoiding suspicion. 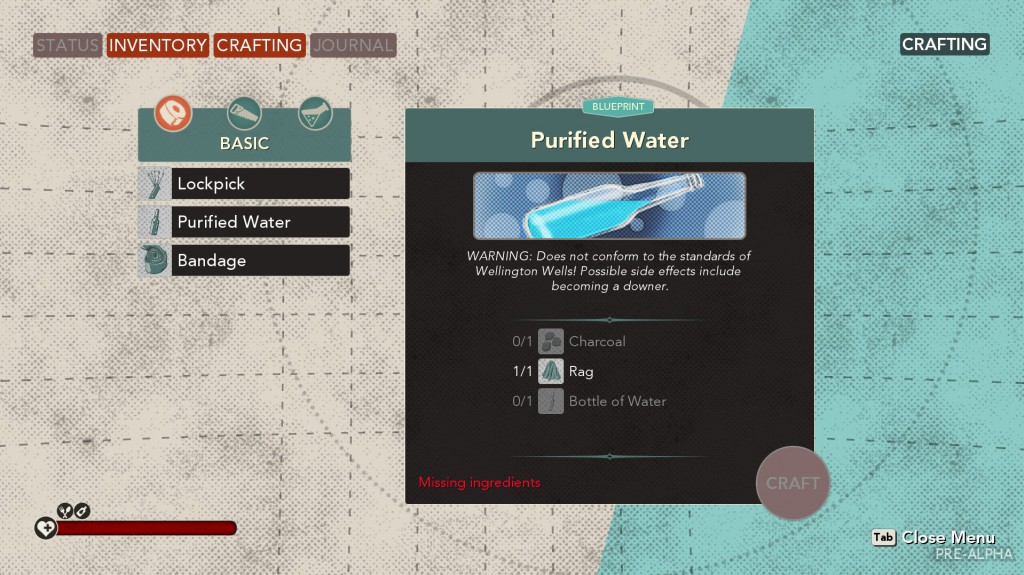 However, once you have made a few items, you’ll have your own hidden bunker to store it all in, letting you build up quite an arsenal. Just don’t die, as it sounds like this game has permadeath, forcing you to learn from your mistakes without much leeway for error. 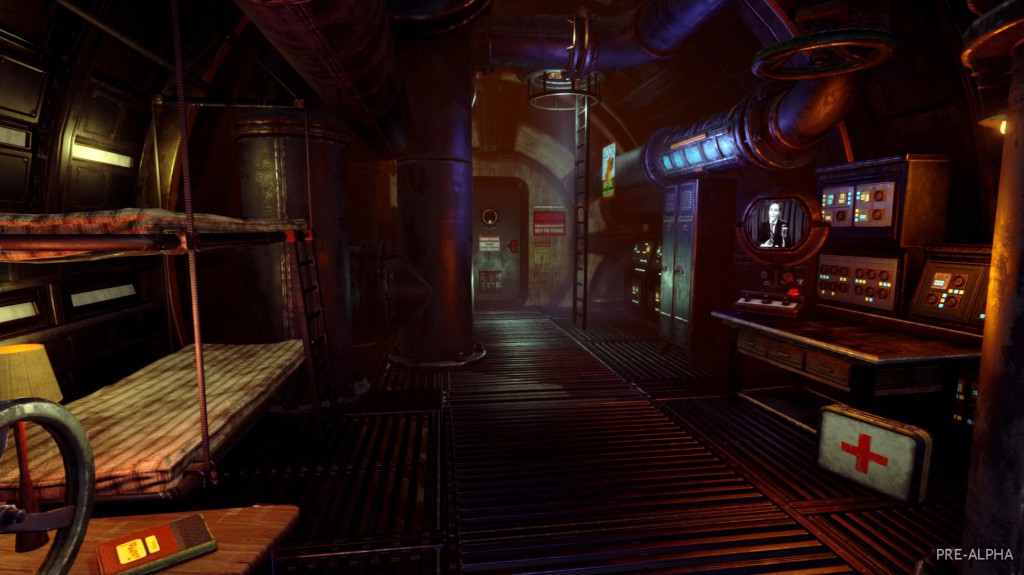 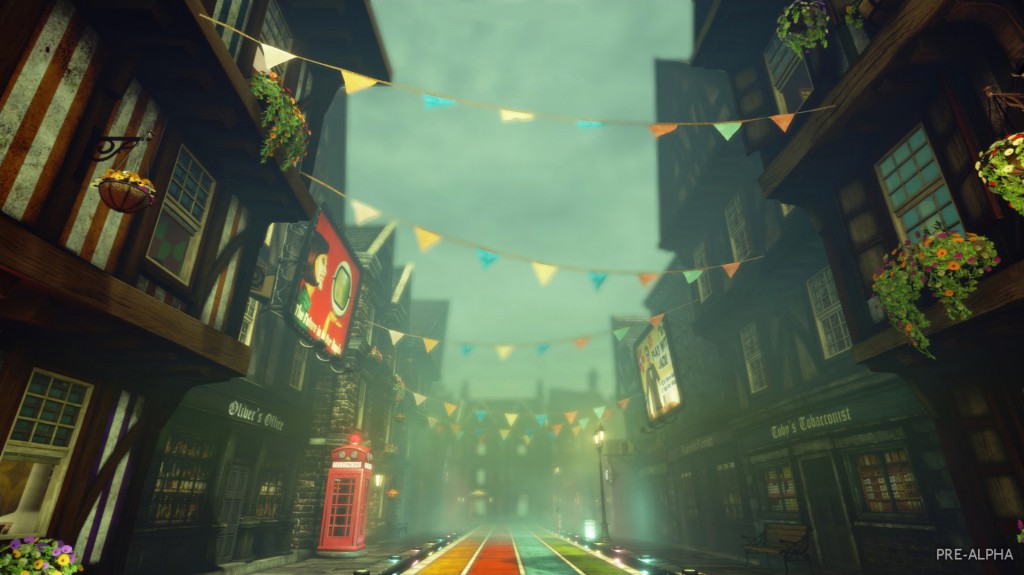 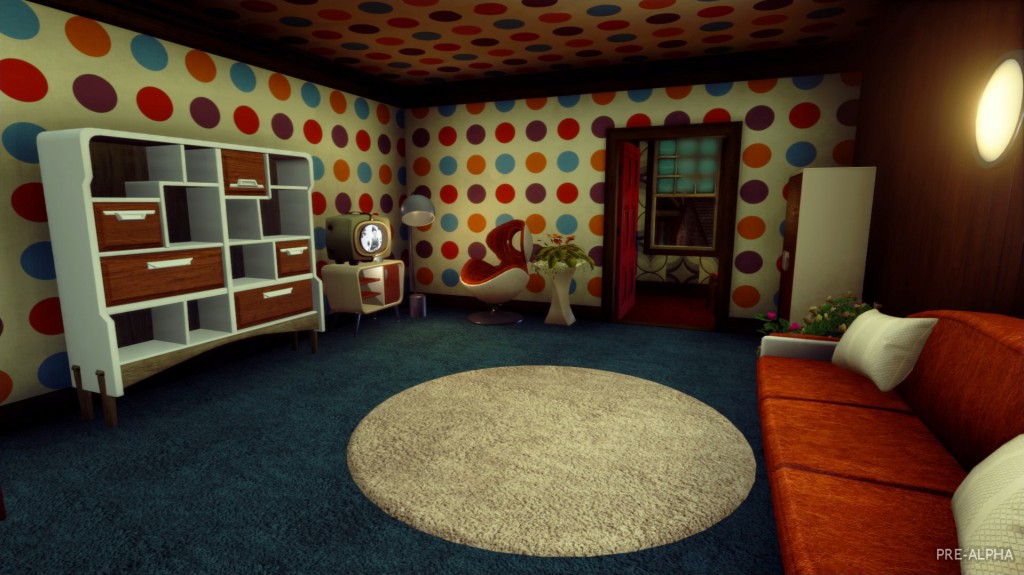 We Happy Few is currently aiming for a Kickstarter launch in a few weeks time, but the developers Compulsion games will be doing it to get some publicity and bring fans into the game’s development, rather than because they desperately need the money.

KitGuru Says: I love the aesthetic of this game, with the ugly decor and multi-coloured roadway paths. Although it’s probably still quite a way off, I’m definitely going to be keeping an eye on this one.

Previous Google: USB 3.1 type-C connector coming to Android phones shortly
Next Using a tablet could be bad for your neck