Nvidia first launched its original Shield Tablet back in 2014 and since then, it has been supported with regular updates and features like Game Stream and GeForce Now have improved significantly. However, it is about time for a hardware update and it looks like there might be one on the way soon as a mysterious Nvidia tablet recently went through FCC certification.

A new Nvidia tablet passed the Federal Communication Commission’s tests on the 15th of July. The tablet sports the model number P2523 and while we don’t know anything in terms of exact hardware specifications, we do know that its form factor will be very similar with an 8-inch screen. Exact dimensions are 8.6 x 4.8 x 0.3 inches, which means it will have slightly thinner bezels than the original Shield. 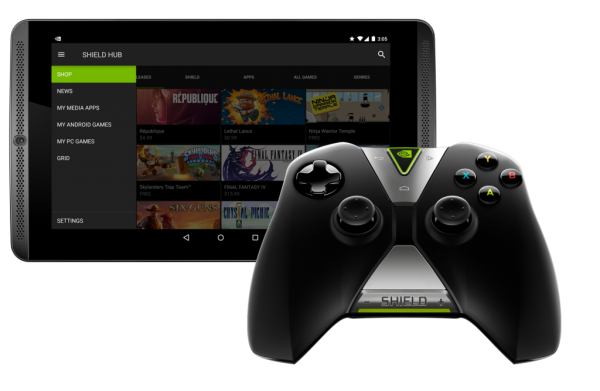 Finally, we know that the new tablet will support both 2.4GHz and 5GHz WiFi bands. It really isn’t much information to go on, but it at least confirms that Nvidia is working on a new tablet, perhaps with a launch planned for later this year once Android Nougat launches, though that is just speculation on my part.

KitGuru Says: While the original Nvidia Shield tablet is still a competent device today, it would be nice to see Nvidia release a tablet based on the Maxwell or Pascal architecture due to the increased performance per watt. Do any of you own a Shield tablet at the moment? Would you upgrade to a newer model?