We are seeing a fair few leaks of the upcoming Nexus 9 at the moment, right now HTC is supposedly making Google’s next tablet and it is set to feature some pretty powerful components.

The latest information comes from evleaks, who claims that the early renders of the device were fake. The tablet will feature a solid aluminum body and “boom sound” front facing speakers, capitalizing on the HTC One’s design success. 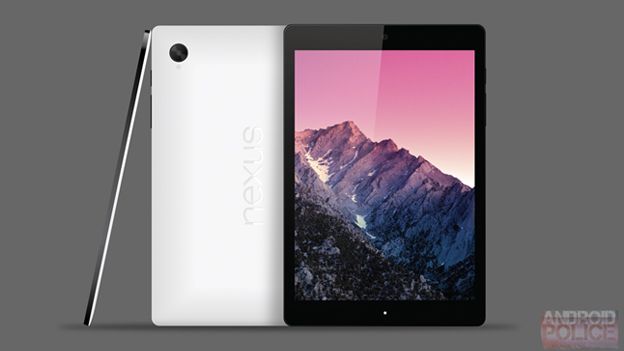 This render is apparently fake.

In addition to the aluminum body, the tablet is being tested with as much as 5GB of RAM but it could still ship with less. Nvidia’s Tegra K1 is also set to appear although the tablet has been tested with the Snapdragon 810.

One of the advantages of a 64 bit processor is the ability to take advantage of more than 4GB of RAM so it’s possible that HTC might want to make the most of it by adding in 5GB.

KitGuru Says: HTC’s Nexus 9 is shaping up to be quite the tablet. However, these are still just rumors and we don’t know what the tablet will definitely look like. What would you guys like to see HTC do with the Nexus 9?