The UK Advertising Standards Authority has banned a Dungeon Keeper advert after ruling that it mislead customers and shouldn’t be called a free game. The investigation came after a user complained that the advert omitted significant information.

The advert in question said:

“GET DUNGEON KEEPER ON MOBILE FOR FREE! … DIG. DEVISE. DOMINATE. Build the most badass dungeon ever! Raise an army of diabolical minions and lay twisted traps to destroy any opponents foolish enough to set foot in your lair. MASTER THE HAND OF EVIL Cast powerful spells, pillage and plunder other players’ dungeons, and slap your imps around to make them work harder. A world of wicked fun is right at your fingertips. What are you waiting for, Keeper? Get it for FREE!” 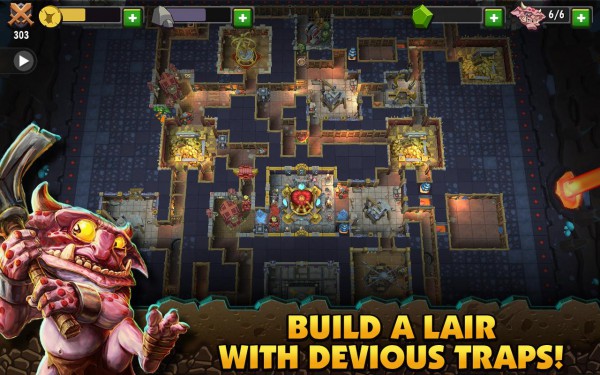 EA’s UK branch and the ASA spoke back and forth about the issue, EA said  “in-game content is available to all players, whether or not they make in-app purchases. Gameplay without in-app purchasing is not severely limited.”

Dungeon Keeper uses three forms of currency, Stone, Gold and Gems. Users can gain all three in the game without paying money but the game timers will get longer and longer the more the player progresses. The ASA said that it:

“regarded it as extremely likely that players would reach a position where they would be unable to take any further meaningful or progressive action in the game until a timer had finished or been skipped, and that these periods would become longer and more significant, and the cost of skipping increasingly higher, as the player progressed.”

“From the information available in the ad, players would expect the gameplay progression and their ability to advance to be unhindered by unexpected and excessively onerous delays, and we therefore considered that the length and frequency of these countdown events was beyond that which would be reasonably expected by players.”

The advert could return later but it will have to be edited to comply with the ASA’s guidelines: “We told Electronic Arts Ltd to ensure that future ads made clear the limitations of free gameplay and role of in-app purchasing with regard to speeding up gameplay.”

KitGuru Says: This has come just shortly after EA’s CEO admitted that the company made a lot of mistakes with Dungeon Keeper. EA is currently shaking up the way it approaches game development so hopefully we’ll see better games from the company in the future.