The Nexus 9 just got a pretty nice price cut

If you have been after an Android tablet this year then the Nexus 9 just became a much more attractive option for UK customers after receiving a hefty price cut. The Nexus 9 is made by HTC and originally launched last year alongside the Android 5.0 Lollipop update.

Google used the Nexus 9 to replace both the Nexus 7 and the Nexus 10 in one swoop. The tablet launched at £319, which was pretty high, especially compared to the Nexus 7, however, it now costs just £200 for the 16GB version, making it a much more attractive option. The 32GB version also received a cut from £400 to £300. 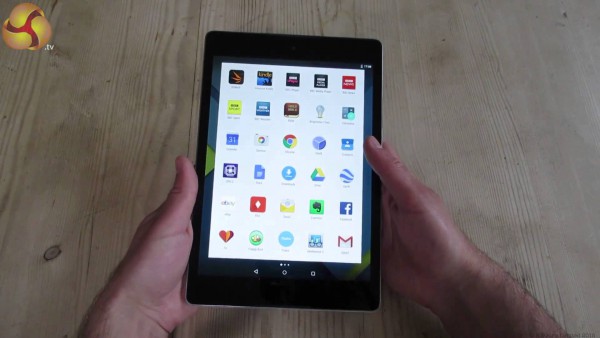 Specs of the Nexus 9 include an 8.9 inch 2048×1536 display, an Nvidia Tegra K1 processor and 2GB of RAM, making it a pretty capable tablet over all. The tablet also received good reviews in general and with its new price, it is in a better position to compete with the likes of the Nvidia Shield.

It is worth pointing out that in October Google will likely reveal a new Nexus tablet and smartphone for this year, to launch alongside Android M so that might be worth watching out for.

You can find our review of the Nexus 9, HERE.

KitGuru Says: With last year's Nexus devices, Google tried to make the jump from being a budget brand to a high-end competitor. Unfortunately for the company, that caused a dip in Nexus sales. However, at this new price, the Nexus 9 is a pretty decent option.