OS X El Capitan was first shown off at the World Wide Developer Conference last month, bringing along numerous improvements such as better multitasking, split-view for apps, pinned tabs in Safari and updates to the Apple Maps program. 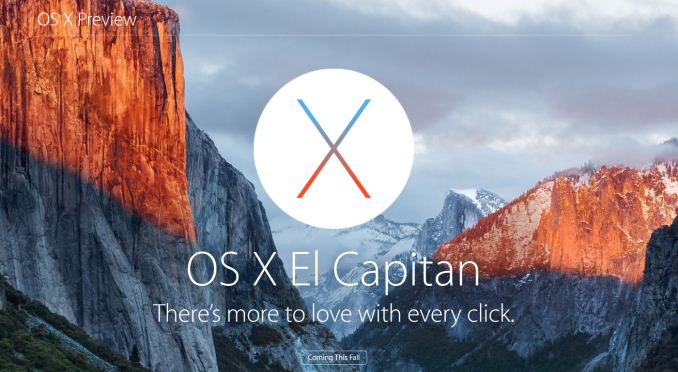 Developers got their hands on the preview back in June but now just about anyone can install it on to their Mac by registering at Apple's beta testing site. As with any operating system preview, it is advised that you either don't install it on your main work machine, or you at least put it on a separate partition.

The OS doesn't release until around October, so there is still quite a bit of work to be done. If you happen to be a hardcore OS X user, then this may interest you, if not, then you are probably better off just waiting until October.

KitGuru Says: This year's version of OS X brings in a few notable improvements. I'm particularly looking forward to having the split-view feature on my Macbook for better multitasking.